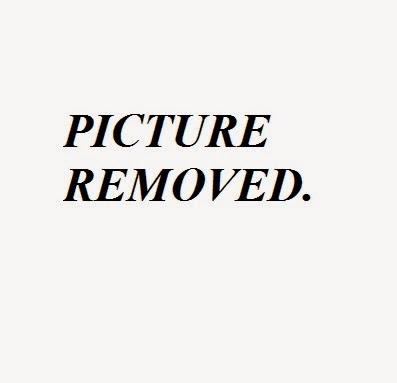 Besides, the parade gives him the perfect opportunity to stand out at Westheimer and Waugh for a few hours, proudly wearing that tie you gave him last week – wearing the tie and nothing else.

The thing is, during the parade, it’ll hardly get him noticed. He’ll still be deemed the most conservative dude in the crowd.

But I’m not excited about Gay Pride Weekend because I want to see the parade. Hell no. The truth is, in fact, I’ve never seen the parade, even after years and years of living in the Montrose.

I’ve been in the parade twice, back when I was involved with a local political group. But you don’t really see the parade when you are in the parade, especially since my organization got put behind something called “The Bears” both of those years.

“The Bears” float consisted of two fat hairy guys. Sitting in lawn chairs. In the back of a pickup truck. Kissing.

It’s all I saw for three hours.

I shit you not.

You see, the parade breaks up at Westheimer and Taft each year just after midnight, and then the hundreds of thousands of gay-for-a-day folks go back to their cars and go on about their business.

I live in the crowd spillover zone. That zone where the residents are trapped in their homes on the day of the parade because our driveways are all blocked by queer-watchers.

Six hours after the parade’s over, that’s when I emerge from my home and hit the streets. I come crawling out with latex gloves and with plenty of trash bags and with visions of sugar plums dancing in my head. Because at the very crack of dawn that next morning, that’s when the Day-After-Pride Scavenger Hunt happens.

An amateur Day-After-Pride scavenger will see something like, say, discarded Mardi Gras beads, or a broken mirror ball, and think, “Cool!” He might even bring the beads home to his kids.

But that’s small potatoes. You don’t look forward to a scavenger hunt all year long because you might find an unopened beer or a rainbow hat along the road the next morning.

No, the real treasures to be had during Day-After-Pride Scavenger Hunts are those items for which there is absolutely no possible explanation for why they would ever been brought to or from the parade to begin with.

Seven pairs of identical designer blue jeans with the tags still on them? Check. I can only imagine the tale of why someone dropped them on their way to or from their car before or after the parade.

But they’re my size, damn it, and they’re going in my bag.

A perfectly operational microwave – the kind that actually cooks at different levels, unlike the Con-Air at home I’ve been using for two decades? Ka-ching!

The final season of “LOST” on DVD, a remote control helicopter, three staplers, and a pair of sunglasses exactly like the pair I’ve been wanting? Check, check, check, check.

I would love to take the kids with me on these scavenger hunts, and maybe someday I will. For now, Dana says they’re too young to deal with all those used condoms and the fights over discarded muddy lamps, and the truth is, they’d probably only slow me down. Their tiny hands can’t even lift the really good stuff.

You can get in the way of my Christmas shopping. You can bombard me with personal crises while I’m trying to cook Thanksgiving dinner. You can even make me work late on Valentine’s Day.

But you sure as hell better not do anything to throw me off-task for my annual Day-After-Pride Scavenger Hunt.

In fact, you should probably just stay clear of this corner starting right now.

I claimed it already. When that complete set of Tupperware containers ends up sitting there next week, just waiting to be swept up and brought into a deserving home by a loving family, you might as well pretend my name is already on it.

Come to think of it, I probably should not have told you about it at all.

There are at least half a dozen Houstonians who read this blog, and I really don’t need the increased competition.

﻿﻿So if you’re up and around next Sunday morning and decide to join in the fray, I will tell you this: Stay away from my corner and out of my way. Seriously. I will cut you.