The 5 Stages of Writer’s Block 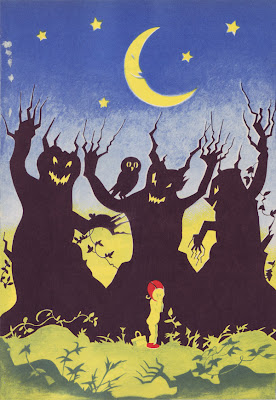 After five days without writing, everything starts to go a little hinky at the corners.

This always seems to happen when I’ve been on a real roll – the tail end of a few weeks where it’s felt as though I could do no wrong, write nothing bad, a time when even the flimsiest of ideas has blossomed at my fingertips into a row of fully-flowered crape myrtle trees, almost as though I’ve known what it was I’ve been doing all along. And so it is I’ll be feeling good, abuzz with that sort of contact high that happens when my every word connects with its intended audience, and then… NUTHIN’.

And this NUTHIN’ is the worst feeling in the world so I can’t think about it directly, but after five days without writing, the NUTHIN’ is hot on my trail and it’s closing in fast, and this is when the FIVE STAGES OF WRITER’S BLOCK kick in.


DENIAL.   During the first stage of writer’s block, it remains possible for me to pretend nothing is wrong. To go about my day on a normal schedule, to eat and to groom and to wash myself just like this gal here or like that guy over there, or even like you, over there in your corner with that dumb grin on your face. It remains possible for me to look the other way, but the truth is, I will already be exhibiting classic junkie behavior, with all the telltale signs of the gambler, the crackhead, and the sex addict. 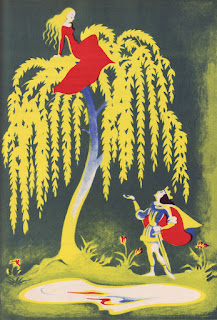 They say that an addict who has gone without a fix looks at the world differently, looks at every single thing around him as a potential means for obtaining what it is he lacks. The gambler, if only he had that watch from around your wrist or that wedding band from around your finger, why, he could have him one more round at the craps table and this time, he could finally turn his luck around once and for all.

After five days without writing – right when the denial is kicking in hardcore – I’m the same way. Like maybe you’ll be telling me a mildly amusing tidbit about your family’s recent Passover observance and I’ll be sitting there, half-listening, figuring in my head how much mileage I might be able to get out of your tale if I were to turn it into a short story. I mean, I’m not above stealing, but could I convince readers that my family is Jewish? Can I melt it down for its parts and then Frankenstein it into something that is even remotely usable?

I sweat a lot on days like this, and if you come into my room to, say, ask where I left the car keys or whether I need anything at the grocery store, chances are about dead even that I’ll snap at you, blaming your interruption for my failure to produce even a single word all day.

There is no winning with me when I am in the midst of this stage of writer’s block. The best you can do is to stand clear and hope that maybe it will pass quickly into…

BARGAINING.  Heaven forbid it should so happen that I go nine days without writing! 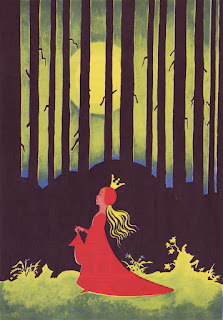 I am unable to fathom what kind of twisted bastard of a Creator-God would set into motion a Universe in which such a thing as nine days without writing is even possible. But while the twisted bastardly nature of the Creator-God might be a fantastic topic for some future blog, the ugly reality is that nine days without writing is not unknown. Nine days happens. Nine days in which I watch my blog’s page views steadily dropping farther and farther and… This is about the time when the Bargaining comes.

After nine long days without writing, I will sit in front of my blank screen and I will think,  “Hey! Maybe I can just write something short. Something to get me back up on the horse.”

Or  “Maybe I can do a picture post with some jokes thrown in to break up the monotony.”

Or even,  “Oh, the hell with it. I’ll just make snide remarks about Rick Perry again for a page and a half!”

But no matter how simple the writing goal, no matter how far I drop my sights and my standards, the Bargaining will fail. This is writer’s block, after all, pure and simple, and there’s no way to cheat it. 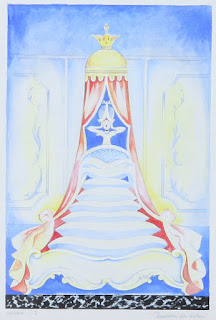 DEPRESSION.   After eleven days without writing, I become convinced I will never write again, that writing was a phase I was lucky enough to pass through for a little while. Now, with my writing days behind me, I am left with a couple decent manuscripts and a whole boatload of blog posts to show for it. Someday, years from now, I will pull a few yellowed scraps of paper out of a foot locker in the attic so I can show my grandchildren how Gramma Katy spent her misspent youth.

After eleven days without writing, I stay in my room a lot, with the covers pulled up over my head, taking shots of Ni-Quil. In my mind, I relive all of the good times I had writing, those magical days before my muse deserted me. I think of the people who told me that something I’d written changed the way they thought about a particular topic or who told me that my writing made them want to try writing, too.

I lie there, like some Robert Plant circa 1984 or a David Bowie circa 1984 or a Paul McCartney circa, well, 1984, and I wonder what I am going to do with the rest of my life, a life that could – who knows? – still have another seven or even eight years left in it.

ACCEPTANCE.  After fourteen days without writing, I get up from the bed. I take a tentative step towards the bathroom. I shower. Brush my teeth. I gather all of the empty Ni-Quil bottles from my bedroom and I throw them into a trash bag. After that, I roam through the rest of the house with the trash bag, and I clean the odd scraps of paper and trash from everyone else’s rooms, too.

I wash my clothes. I load up the dish washer. I go online and do a Google search to learn how to load a dish washer properly.

I think to myself,   “I’ll no doubt be doing a lot of dishes from here on out, now that I am not going to be spending my time writing.”

Then New Me – the Me who doesn’t write – alphabetizes my nonfiction books. She alphabetizes my fiction books. My religious texts and books of poetry. I sit down in front of the television, remote in hand, I take a deep breath and – only moments before diving (for the first time) into all that reality television I’ve been hearing so much about – I think,  “Hey, you know what? I could probably make a fairly decent blog post out of ‘The 5 Stages of Writer’s Block’! Hell it’s at least worth a try…” 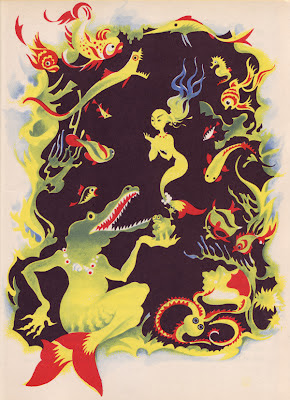