I Talk to God (and God Talks to Me) 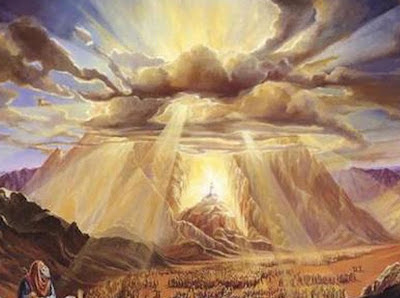 Day 458 of my spiritual and physical ascent of the mountain.

Today was a wonderful day! Today was a fruitful day! I awoke before the sun in the small alcove I have discovered on the sheer north face of the mountain.

I say I “awoke”  but strictly speaking, this is not entirely accurate. I find that in these last days of my ascent, I rarely enter into anything that could be called “sleep”. As I have sublimated my will to the divine will, my state of contemplative prayer has deepened accordingly.

So I don’t really sleep now so much as I enter a deeper level of contemplation.

I eat only whatever grass or other foliage I can find, supplemented by small insects or even an occasional rodent or two. But this far up the mountain, flora and fauna grow scarce.


I drink rainwater; I eat snow. I chant for two hours every day. You should hear my voice: it fills the whole valley, coming back at me multiplied a thousand fold! 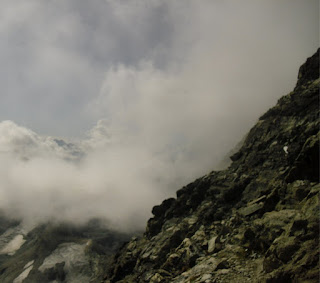 I no longer drum for an hour a day. This is because my djembe drum is no more. It was 17 days ago and I lost my footing when I momentarily fell asleep during a climb. Or I should say, rather, that a moment of especially deep contemplative prayer made me less than attentive to the precise location of my appendages. My drum fell down the mountainside. I watched it falling, splintering into its constitutive parts – parts, which, ironically, had all been found on this very mountain.

I have also stopped the twice-daily self-flagellations. I did not want to, but, alas, oxygen deprivation, extreme dehydration, and blood loss are not a good mix.

Even analogy fails me.

I cannot describe the change in myself.

I feel that my soul, my very esse, is like… a mirror? A light? Bit by bit, I have cleansed it of each spot and of every imperfection. This process feeds upon itself: As I purify myself, the gratuitous grace granted to me by the divine increases exponentially, enabling me to further be cleansed of the darkness and the sins that my time on earth has left upon my soul.

The mountain peak is hidden behind clouds twenty-four hours a day now. But still, the mountain peak beckons to me. I feel drawn to it as though I am nearing home at last.

When I reach that cloud bank – tomorrow or the next day or on the day after that – and when I climb through the clouds to the peak that lies beyond, I know the veil will be lifted. I will gaze upon pure Being, upon the “I Am Who Am,” upon He who is in, with, and under everything that ever was.

Day 463 of my spiritual and physical ascent of the mountain.

The break in my leg yesterday was worse than I first thought.

The bone is coming all of the way through the skin. I wrapped it with my shirt. This means I do not have a shirt to wear anymore. The temperatures at night get below freezing for many hours. In addition, I have no wood for a splint.

My progress has slowed. I keep going up.

After all, it seems unlikely I will ever be able to get back down the mountain.

Day 466 of my spiritual and physical ascent of the mountain. 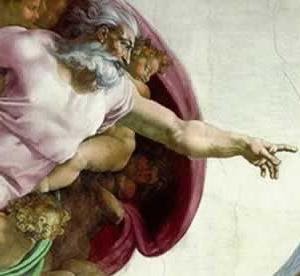 Today, after more than a year on this mountain, I reached the cloud bank that hid the peak. My lifetime of rigorous spiritual preparation and my months of mountain living had all been leading to this.

But I am not a poet. I cannot communicate the ineffable.

I could not feel my body, but I could sense a great wind, a wind which picked up speed until it sounded as though the world itself were being torn asunder.

Now, there is something you should understand before I proceed. Asceticism, it does things to a mind. You start to see things, to hear things that are not really there. After months of this, you almost even get used to it. The world is a giant Rorschach ink blot. Your mind can create words out of things that are not words, but just noise. It tries to make sense of things that defy sense.

Things like, you know, a voice that says, “I hates faggots.”

So I rose to my knees and stared into the cloud. I said, “Lord, I thank thee, for by your grace I have been granted the strength to come so far, to gaze into your divine visage and-”

The words were remarkably clear this time, leaving little room for misunderstanding or ambiguity.

I paused. I said, “Lord, I do not comprehend. My human ears are simply not equipped to make sense of the divine voice, for-”

“I MADE ADAM AND EVE, NOT ADAM AND STEVE!”

I winced, for I had always really hated that joke. 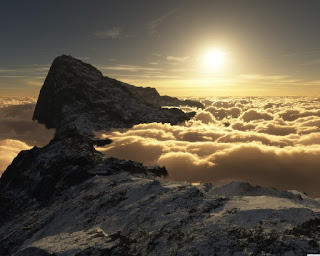 I took a deep breath. I refocused. This was the moment I had been waiting for; I could not bear to mess it up simply because of my weakened physical state.

I said, “My God, creator of Heaven and Earth, you who sent your only Son to die for my sins so that I might be redeemed, I have traveled far so that I might ask you this: Is my soul – my subjectiveness – a distinct something, separate and distinct from the eternal, divine essence, or is like… like… like a candle flame, a flame that will be reconnected with the divine fire at the end of my earthly life?”

“My butt is ineffable, so you can’t see it, but if you could, you’d see this big ‘exit only’ tattoo I got a while back.”

I looked around. I tried to make some sense of the situation. What was happening? Why could my brain not process it?

I said, “Well, Lord, as you in your omniscience are undoubtedly aware, the term ‘faggot’ is typically an epithet directed at effeminate and/or homosexual MEN, and so, as a woman, I-”

“shoot fire in a bucket! You’re a woman? Didn’t I give you any tits?”

I looked around in the haze. There had to be something here to help me get my bearings.

“so you’re a bull dyke, huh? You Got something against dick?”

Ignoring the pain in my leg, I stood.

I turned around. I started walking back through the cloudbank.

“HEY, DEGENERES! WHERE YA GOING? AIN’T I BEING P.C. ENOUGH for you QUEERS?”

Day 1 of my spiritual and physical descent of the mountain.

I’ve heard some good things about the next mountain over from this one.

The Wheel of Dharma is said to be rotating behind the clouds at its peak.

I must prepare myself physically and spiritually for the journey ahead… 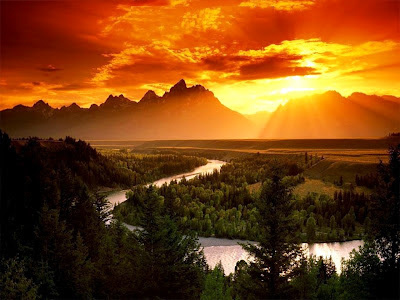