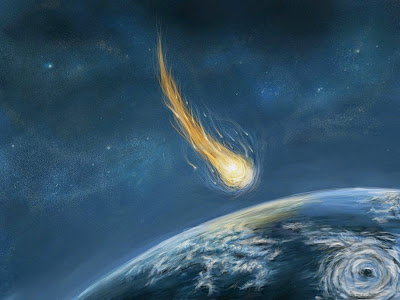 I got this email last week and I decided to answer it here, in case somebody else has the same question.

Proud to be a homosexual? God has already made his position clear!
He will destroy America because of you faggots.
Ever heard of Sodom and Gemorrah?

I looked up that story you told me about, and I am happy to report that I think we’re going to be okay.

Here’s what I’m talking about: The story you mentioned is from the book of Genesis, in chapter 19. It is an old story. No one knows how old it is, but it probably dates from the tenth century, BCE, at least. That is a very old story, isn’t it?

Anyway, in Genesis 19, the townspeople of Sodom demand to rape a couple visiting (male) angels. Yahweh gets so mad about it that he burns the place down. Scorches it. By the time he’s done, there’s nothing left where Sodom once stood but piles of salt. 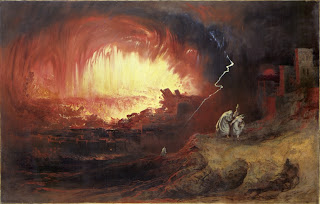 Now, I read that and I gave it some thought. I thought about what Pat Robertson and Jerry Falwell and other people have told me about hurricanes hitting Louisiana or meteors hitting New York City because of homosexuals. And you’re right: This is some scary stuff!

When I was done with all that thinking, though, I went back and I read a little more in that book. It turns out, there’s some other stuff going on before Sodom gets it. In fact, back in Mamre, back in chapter 18, Yahweh decides to tell Abraham what’s about to go down in Sodom.

And when Yahweh tells him, Abraham says, “Come on, Yahweh, you’re better than this! You’re really going to kill the good people of Sodom because of what a few would-be angel-fuckers do? What if there are fifty non-angel-fuckers there? Why do they have to die?”

Yahweh says, “I won’t destroy Sodom if there are fifty non-angel-fuckers.”

But Abraham, he keeps pushing. He says, “And what if there are only forty-five non-angel fuckers?”

Yahweh says, “I won’t destroy Sodom if there are forty-five non-angel-fuckers.”

And Abraham says, “What if there are only forty non-angel fuckers?”

Yahweh says, “I won’t destroy Sodom if there are forty non-angel-fuckers.” 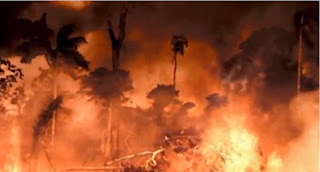 But I do not have to know any more than this.

I do not have to know any more than this because I know five righteous men, and I take them with me wherever I go.

I recommend that you do this, too, to guarantee that you do not inadvertently become collateral damage in God’s divine drone strike on faggotry.

I’ll tell you, Ray, I am sort of surprised you did not know about this already. This book makes God’s position abundantly clear!

And while I have your attention and while we’re on this subject, I read another section of the Old Testament this week. It was in the book of Ezekiel, in chapter 18.

But in Ezekiel 18, Yahweh says that Exodus 20 isn’t true. He says you’re only responsible for your own sins.  He says the son doesn’t bear the father’s guilt.

Yahweh says (and this I am not paraphrasing), “The one who has sinned is the one who must die.”

Yahweh says, “The upright will be credited with his uprightness and the wicked with his wickedness.”

Yahweh even says, “In the future, house of Israel, I shall judge each of you by what that person does – declares the Lord Yahweh.”

Seriously. That is what it says, right there in black and white.

So Ray, I think what I’m trying to say here is that I read the book you mentioned, I think we’re going to be okay. The book says you should probably focus on being good yourself.

God will not be burning everyone in America because of us faggots.

Anyway, Ray, I hope this letter lets you sleep a little better tonight.

Thanks for your email, and please keep reading “Lesbians in My Soup!”