We Need to Talk About Wayne 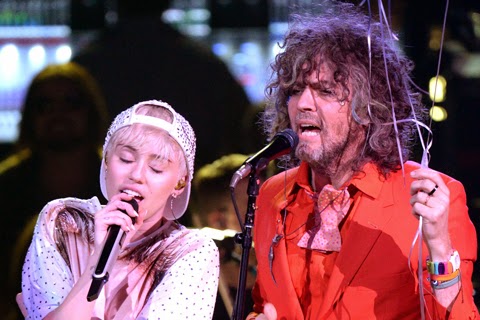 I worried about Wayne Coyne once.

Old as in elderly. Elderly as in decrepit. Decrepit as in the sound of millionaires trying to create a reasonable facsimile of earlier glories. “Mr. Ambulance Driver”  sounded like a Flaming Lips cover band and when I heard it, I worried about Wayne Coyne.

But that was in 2006 and now it is 2014 and it seems like everybody’s worrying about Wayne Coyne these days.


Everybody knows about Wayne, right? Do you know about Wayne? I suppose you do. Wayne is, um… Well, Wayne is this guy, he is the chief thaumaturge, the lead singer, and the master of ceremonies for a rock band called the Flaming Lips. The Flaming Lips had one hit – a giant MTV moment – a long, long time ago, back in the Nineties, and then they strobed into this impossible major label lava lamp thing that is full of bubbles and brightly-colored vulvas and enough glitter for you to drown in. 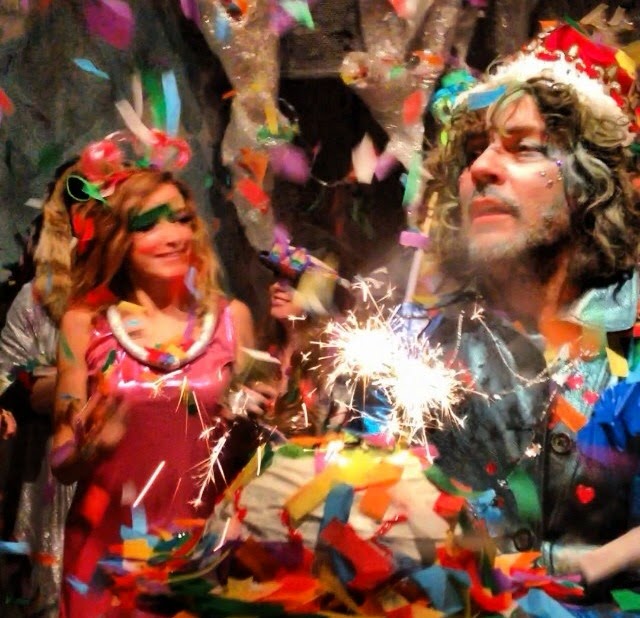 Wayne is the only reason the words “psychedelic” and “Oklahoma” have ever been used in the same sentence.[i] He is the picture of the perfect, happy middle-aged pothead. He is the guy at the party who talks you into one more toke so he can let you in on his latest stoned theory about the meaning of life.[ii] And you get this image of Wayne and you kind of have to love this image you get, but then he’s also a recent divorcee and he gets into stupid twitter wars with other famous people and he hangs out with Miley Cyrus and it seems like everybody’s worrying about Wayne Coyne these days.

Most everybody will mention the Miley Cyrus part first.

I have my reasons.

It was just that one time with “Mr. Ambulance Driver.” 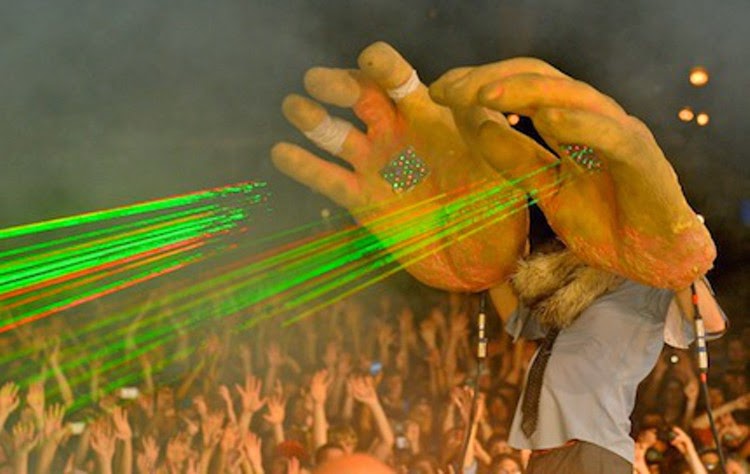 Since 2006, instead of “Mr. Ambulance Driver,” he has filmed a ridiculous movie called Christmas on Mars with his friends as the actors and with props and sets he built himself in his back yard. He has recorded crazy and frustrating things like a 24-hour-long track that you buy on a jump drive that’s been sunk down inside of a giant gummy skull. And he’s done heaps of festival shows where he is birthed from a giant vagina up on stage and shoots laser lights out of huge paper mache hands which he wears over his real hands and he rolls around on top of the audience inside a bubble. And he’s sang songs that do not sound like him and he’s filmed videos for the songs that are spontaneous and goofy and seem like a lot of fun.

Wayne Coyne told a story about when the Flaming Lips recorded a song with Nick Cave. I read it once. I cannot find the story anymore, but it went like this:

Wayne Coyne said to Nick Cave, “We do. We decide. You and me. Right here. Right now.”

At an age when other people record albums like The Division Bell or Death Magnetic or How to Dismantle an Atomic Bomb, Wayne Coyne and the Flaming Lips still surprise me. I never know what he is going to do next but I want to see it and I want to hear it and that is why I am not worrying about Wayne Coyne.

I am not even worrying about the Miley Cyrus thing.

I mean, don’t we all have other things to be worrying about? 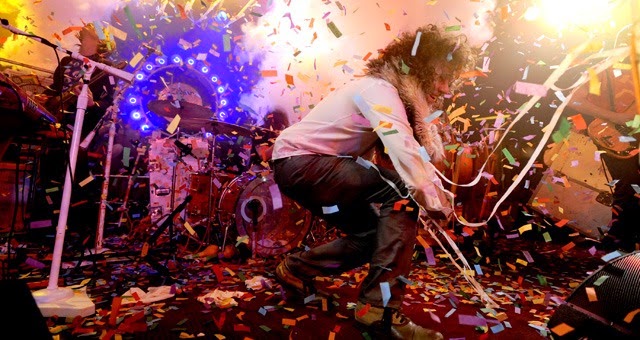 [i] Sorry. Under 21 U.S.C. 841(a), every article about the Flaming Lips must note how crazy it is that a psychedelic band started in Oklahoma.

[ii] A typical Wayne Coyne stoner insight goes like this:
“Where does
Outer space end?
It’s sort of
Hard to imagine
Is it real?”
(from “Placebo Headwound,” 1995)

[iii] Okay, it turns out that “What, Man? Human???” is terrible. I am saying this in a footnote because I need to say it but it does not fit my narrative.
Posted by Unknown