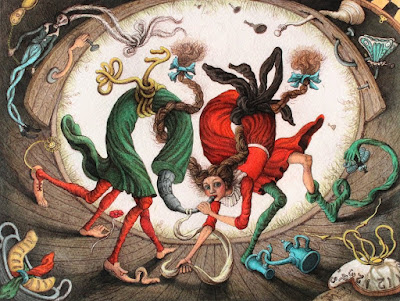 And a voice said, “I know you don’t approve, but you’re going to need to just buck up.”

I was thinking, “Is that even possible?”


The room had a fuzzy and slightly underwater quality to it and I had no feeling in my legs and I had forgotten to eat lunch. And breakfast.

And Adri said, “Look. Darnell and Damien and I are in love. We are getting married. The people around here are going to have to get used to that or else not work here anymore.”

I had no idea what she was talking about.

Adri said, “I just brought Darnell and Damien in here and introduced them to you not five minutes ago.”

She said, “Are you stoned?”

I was reasonably certain I was not. There was no way to know for sure.

I said, “Married? All three of y’all?” and then it started coming back to me, little by little and drip by drip. Adri with Darnell and with Damien, like Michonne leading her pet walkers across the post-apocalyptic Georgian landscape. Yeah… Of course. 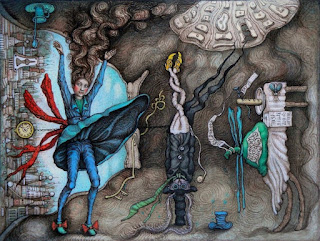 I yelled my congratulations out after her as she left my office. I meant it. To be honest, I thought it was helpful that there were two of them – Darnell AND Damien – since they were each roughly half her age and half her I.Q. The three of them made an excellent couple.

But then, later on, I heard something else and I am no longer so sure.

What I heard was this: I heard the state attorneys general try and defend state marriage laws in court. I heard them and they were terrible at it. Junior high debate team awful. Mushy. Confused. Like they’d been awakened suddenly from deep slumbers and then unexpectedly thrown in front of an appeals court panel.

And when they tried to defend the laws, it became apparent to everybody that they did not understand the laws. That they didn’t know why their states had marriage laws to begin with. They stammered and they sweated and they quoted Scripture. They mumbled something about “Children!” even though their marriage laws and their parentage laws had nothing to do with one another, had no overlap at all.

So now… Well, will their powers of speech and reasoning and debate magically return to them down the road, when two egrets and the letter H sue to marry an ironing board? Or when every denizen of Boulder, Colorado decides they want the dignity and inheritance rights that only a group marriage can bring? When Aunt Suzie decides she wants to make it official with her dearly departed great-great-great Uncle Otis? Or when Carroll O’Connor and Archie Bunker tie the knot in an ornate double wedding with the square root of x and the mushroom cloud over Hiroshima, 1945?

I do not know. I do not possess that information.

I walked down to Adri’s office and I knocked on her door. She was there, sitting at her desk, working, with a fiancé standing at each arm.

And she looked up and I said, “Adri, Darnell, Damien, promise me something.”

I said, “Promise me you’ll take me with you when you go to buy your wedding cake.” What I was thinking was, “I’m going to bring a camera. And popcorn.”

Somewhere, the Slippery Slope People rub their eyes and stumble out from their caves into the light.