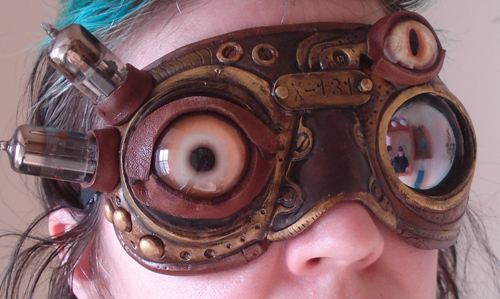 I have seen the future.

I’ve been there. I know what happens next. And you, well, you’ll see it too, sooner or later, only you’ll see it coming from the other direction, and it might not seem as cool by then.

SPOILER ALERT: I am about to tell you what happens next. Do not read on if you do not want to know.

You have not seen the future – or, not yet, anyway – because you stay too busy. Too damn busy, what with the mortgage and high stress job and the ladder-climbing on your way to that corner office and gold watch and forced early retirement. Plus the what-not, of course. There is always a lot of the what-not.

But I have seen the future because I don’t have any of that. I sit behind the cash register in an underground snack shop for eight hours a day. The thing is, the customers only come in about two hours a day. This leaves me with... Let me see… Carry the one… six hours a day in which I can take the steps necessary to visit the future.

Visiting the future, it’s simple and it goes like this: I mainline black metal music.

That’s all there is to it. Just that. I sit there, in my underground snack shop, propped up on my little stool, and I mainline black metal music. Rig it right up. I have this shunt in my arm all of the time these days – See? – it’s a little port for frequent flying. When the foot traffic begins to dip down, I plug an audio line in and off I go.

So I have seen the future. Yeah, I have been there, to the future, and the future went like this:

Not long from just now, when the world population reached 8 billion, they discovered a cure for AIDS. Well, not “they” so much as “he”. “He” in this case being some doctor in Norway who, truth be told, was not even looking for a cure for AIDS at the time. But he found a cure for AIDS just the same.

And future us, we took Norwegian Doctor Guy up on our shoulders and we gave him a Nobel Prize and TIME named him “Person of the Year.” And we felt very proud of ourselves as a race because this AIDS thing had been eating at us for some time. 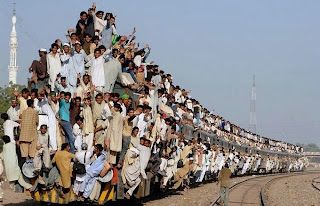 And when the world population reached 15 billion, they found a way to fix the nagging water problem. It turned out to be one little microbe released into the oceans and within a year there was no more typhoid, no more diphtheria anywhere anytime ever again. No more kiddies with bulbous tummies on your late night t.v. No more Sally Struthers or adopt-an-Ethiopian-for-Jesus ads. None of it.

No, two graduate kids from M.I.T., stoned out of their gourds and playing around with a computer program one night, and next thing they knew, BOOM! There’s this microbe and who would have ever guessed?

And it was so simple, and it was so very obvious, really, that we were surprised no one had thought of it before.

The kids who thought of it, we gave them piles of awards. Mountains. You wouldn’t have believed it. Or rather, you won’t believe it, when the time comes around. And the folks in south Asia, they named whole cities – growing cities of now typhoid-less citizens that were springing up all over – after these M.I.T. brats.

We were so happy and proud of ourselves because one of the Big Bad Wolves of the world had been taken down for good and this clean-freshwater-for-everyone thing had been eating at us for some time.

Cancer, you gotta understand… Well, it had been getting worse and worse since the population explosion. There were more of us and we were living longer and closer together in these cities that were, well... But the cure was so simple, and it was so obvious, really, that we were surprised no one had thought of it before.

And President Bieber and a 145-year old great-great-great grandmother from Botswana presented the teacher with his Nobel Prize and the story certainly made some headlines, as I recall. It was a pretty big story.

I mean, cancer! The Big “C”. It had been eating at us for some time. We oughta be proud of ourselves as a race, right? 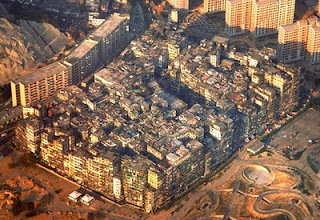 And when the world population reached 60 billion, they found a cure for old age. There was this trigger, you see. This mitochondria trigger thing. And if the trigger never triggers, then the old never olds.

It was so… simple.

It was this guy in Wichita figured it out.

And then they went on the news – went on the screen and they said, “No more old age!” – and maybe we shoulda been happy at that. But the people of Wichita (population 25 million) did not seem too happy, and the people of Wichita, they formed a kind of mob. They formed a kind of mob and the mob proceeded to the home of this guy who had managed to cure old age.

I was there, too. 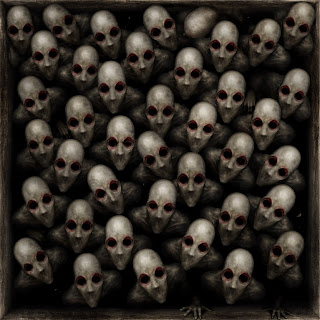 The Wichita mob broke open the man’s front door. We grabbed him. But we did not put him up on our shoulders like we’d done with the guy who cured AIDS.

This 60 billion people thing had been eating away at us for some time.

But this, this was so perfect, and then – “Oh, I’m sorry, Sir. I did not see you walk into the store. I was just… you know, listening to some music.

“Just the Coke? That’ll be a dollar-fifty even. You have a nice day!”
Posted by Unknown