Interview with a Bigamist 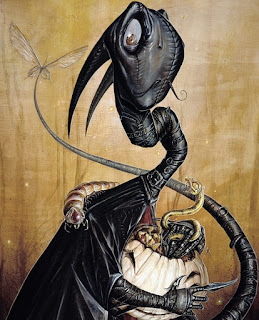 So it’s me and my wife and her husband and his husband (who is also my husband) and we’re sitting ‘round a table in some restaurant with some people from some newspaper from Austin.

Wait… I should probably back up.

So it’s me and my wife and her husband and his husband (who is also my husband) and we’re sitting ‘round a table in my living room with a reporter from some newspaper from Austin.

I’m told this is just the “pre-interview,” and I don’t even know what a pre-interview is. Pre-interviews are something in heaven and earth that are not dreamt of in my philosophy.

This real live journalist, she is excited. You can see it on her face, in the way she’s thinking out loud, her eyes darting around for new information. She is excited. By the time she sees the kids, I half expect her to shriek or to clap or to do a little dance or whatever it is journalists do when they realize they’ve just struck journalism gold.

“What a strange and wonderful family!” she says.


“This is really compelling,” she says. “Dana, you’re this gorgeous up-and-coming attorney at a major Houston law firm. And Anthony here, this handsome, incredibly well-spoken professor at a local college. And Aesop, a physician’s assistant and musician!”

“And these beautiful kids!” she says.

Although I cannot be certain, I believe I am physically in the room while she is saying this. In my, you know, bodily form. Visible to all with eyes to see.

It is clear I’m the fourth wheel on a tricycle here. And I’m seventh if you count the beautiful children. And I’m ninth if you count the reporter and the photographer. Heaven forbid anyone else shows up. I might be forced to sit outside to make room. I’m the fourth wheel, even though this was all my idea, and anyway, without me, it’s just plain old boring bigamy and not Double Bigamy (All theWay) at all.

The real interview is scheduled for some restaurant two nights later and I get ready with a few shots of Maker’s Mark. And two dozen Robitussin pills. And some codeine cough medicine. And whatever else I can find in my sock drawer.

I’m lining up a couple more shots of Maker’s Mark.

By the time we hit the restaurant, I look like this:
And I point it out to the kids but I’m not sure I’m even speaking English because they don’t understand my words. The aggressive French fry – and I’ve named him Maximilian – is launching an offensive on my coffee but the coffee in this place isn’t strong enough to defend itself. It is a massacre.

And just before I pass out, Maximilian tells me not to worry. Maximilian has it all under control. Maximilian says I should go towards the light.

“Mom, is Kaykay dead?” my daughter asks. She asks this matter-of-factly.

“No,” Dana says. She is looking to Aesop for some kind of confirmation.

“Just a stomach bug,” says the reporter. “She doesn’t look like she’s breathing. And why are you sniffing her coffee and going through her pockets?”

“Just a stomach bug,” Aesop says. He is checking my pulse. “But I’m gonna to call 9-1-1 anyway. Just to be extra-extra-cautious.”

So it’s my wife and her husband and his husband (who is also my husband) and our kids and they’re sitting in some waiting room at some hospital. They are waiting to hear whether Aesop or my daughter were correct in their respective assessments. Their assessments of me.

The real live journalist with real official press credentials is long gone, says she’ll “reschedule” the interview. But we know she never will.

And elsewhere, late that night, at some little corner restaurant in Houston, the body of some dish washer on the night shift is found in some back room.

The body is mangled. Chewed.

Pieces of the body are missing.

A long line of ketchup stretches from the body and on out the back door into the alley.

Maximilian tells me not to worry. Maximilian has it all under control.

**To see an interview I did not manage to hijack, check out my friend Rafa’s RudeBlog. You’ll be glad you did. **
Posted by Unknown