This is the second entry in my blog series, “The Weird Girl’s Guide to (Not) Having Sex.”

On the television, sex is shorthand for emotional connection.

Five, ten minutes into an episode, boy meets girl. Now, there is no time for these two crazy kids to get to know one another. No, no. There’s much to do and only about forty-two minutes in which to do it!

Suspense! Do not touch that dial.

But at some point – and I am estimating it will be roughly thirty minutes in – the thrill of the chase will overwhelm this boy and overwhelm this girl and practically force the two of them into each other’s arms. Passionately. This can only take one form: They will have to have sex.

This sex will occur on a queen-sized bed with white sheets. Maybe inside of a hotel room. A lamp atop a nightstand on the far side of the bed will be left on, so that you and I, from where we are sitting, well, we will see this boy and this girl in silhouette. And the boy will be on top of the girl and the bed sheet will be covering him all of the way up to the middle of his back.

Same room. Post-coital. That means “after the sexing”. The girl is smiling now because – we adults are to understand implicitly – she has just experienced one or maybe two or maybe even three orgasms thanks to this boy who makes love in the missionary position with a sheet covering his rear and the bedside lamp left on. Whether it is one or two or maybe even three orgasms, they leave that part up to the lurid imaginations of people like you and me. I say three. 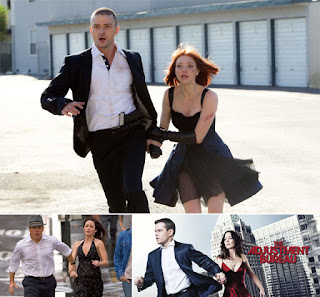 But the girl is definitely smiling, and these two kids, well, they are entirely at ease in each other’s presence. They’ve let their guards down. In fact, they are exchanging stories about their respective childhoods right this very instant. You know, the stuff they have never told another soul ever.

After the sexing, there is an unbreakable and meaningful emotional bond formed between the boy and girl. He will take a bullet for her. If the bad guy should – heaven forbid! – murder the girl in cold blood, the boy will go as far the ends of the earth and even beyond, maybe through multiple episodes or multiple movies, all in order to exact his revenge.

And the whole time he is seeking revenge for the girl’s death, the boy will be thinking back to that one afternoon. The one in the hotel room with the queen-sized bed and the white sheets and the lamp on the nightstand.

And that, dear friends, is what sex is.

That is what sex does.

Don’t believe me? Go ahead and turn on your television right now. You will see that I am right about this.

What is more, it’s immediate, meaningful, and unbreakable emotional connection… and absolutely no herpes anywhere.

If we can get serious and talk numbers for a moment... I have been reading, and it seems our so-called “scientists” – being the over-educated elitist conspirators that they are – would have us believe that one in two American adults has oral herpes. That means herpes in our mouth. They would have us believe that about one in four American adults has genital herpes. That means herpes on our junk.

But me? I know better. I know better than those over-educated elitist scientists because I watch television and I have seen James Bond movies. If our scientists were telling us the truth, then statistically speaking, Double-Oh-Seven should have been walking and talking a little funny before he even got halfway through ‘From Russia with Love’  (1963).

Double-Oh-Seven has sex in space and he has sex under water and he even has sex on a boat on the Riviera, and everybody knows there is no room for a condom – let alone a dental dam! – in a SCUBA suit.

I have never heard Pierce Brosnan, while he is having his tuxedo removed by some Russian chanteuse – utter, “Darling, before we do this, I am obligated by law to tell you that I am infected with several manageable but incurable sexually transmitted diseases, thanks mostly to things Roger Moore did during the second half of the awful ‘A View to a Kill’ (1985).”

I mean, you tell me. Is it simply that I missed that part of the movie?

But me, I am not having sex. Not now, not an hour from now, and probably not at this time next week. And while I can safely assume that this means I do not have a meaningful emotional connection to any other soul in the whole wide world, I do not know whether it also means that I have herpes.

Judging from the television, it could just be that I fall into that class of sexless characters known as The Terminally Ugly, who would all be James Bond-ing it across the globe if only they weren’t so… terminally ugly.

So which is it? Which is keeping you and keeping me from finding our own meaningful emotional connection?

This was “The Weird Girl’s Guide to (Not) Having Sex, Part 2”  and I have to go now. I think there’s something good on the television.