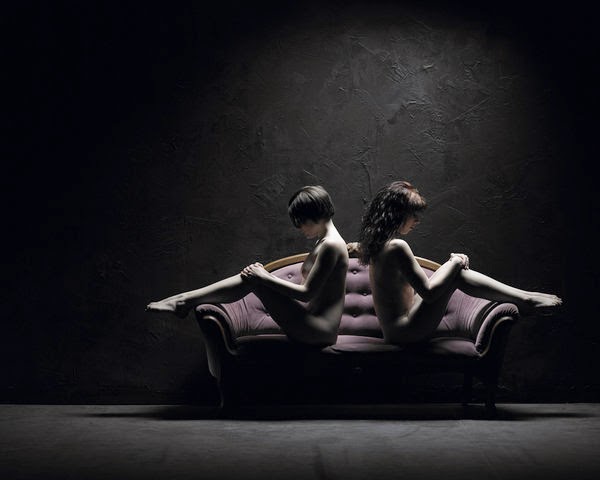 The scientific community was slow in embracing Katy’s Couch Theory.

To tell you the God’s honest truth, the theory did make much of an impact until around the middle of the twenty-first century. Scientists – even scientists who are physicists like the ones we were dealing with – have always been a notoriously stuffy crowd. They’re stuck in their ruts. They’re impervious to the smallest of changes. Real revolutions in thought are often beyond the capacity of their eggtastic noggins.

This holds true even when the theorizer in question is a scientist of some renown, armed with charts and graphs and laboratory results, with studies and journal articles, protractors and an army of vacantly nodding interns. But if the theorizer should happen to be a semi-literate, intermittently homeless ragamuffin without one iota of scientific training to her name, then, well…

Suffice it to say that the scientific community was slow in embracing Katy’s Couch Theory.

This was the same scientific community which only a couple generations earlier had accepted the existence of black holes based on theory alone and to much applause. You’re asking me to believe – on faith, essentially – that there are tiny invisible holes in Reality possessing such unbelievably high mass that they suck all of the time and all of the space in their vicinity into themselves?

“Sure! Why not?”  the scientists said. 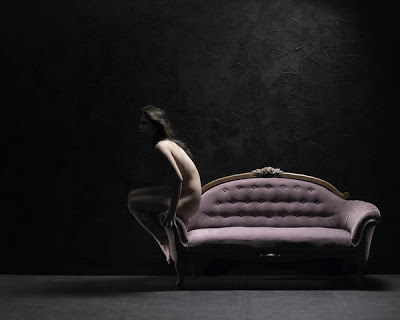 And a generation later: Dark matter? You say you cannot see it, cannot measure it, and that it neither emits anything nor absorbs anything, but that it accounts for more than three-quarters of the total mass of the whole Universe?

“Sign us up!”  these scientists said. They would have high-fived each other as they said it, too, but that would have required touching, and have you ever seen the menagerie of microscopic organisms that reside on the skin cell of the average human? Yuck!

So, for those of you keeping track at home: Invisible heavy holes in the fabric of Reality? Yes! Invisible immeasurable stuff accounting for most of the weight of the Universe? Yes! But Katy’s humble Couch Theory? No fookin’ way, man.

Of course, Katy – heroic and selfless genius that she is – was not embittered by the almost universal rejection of her Couch Theory (then called the Divan Principle). This was because Katy understood the basic intellectual hurdle the scientific community was facing.

It is, after all, one thing to say there’s some incredible force existing tens of millions of light years away from you – a phenomenon you will never have to deal with face to face – that is bending time and space and generally wreaking havoc on the very fabric of Reality in its little corner of the galaxy. But it is a very different thing indeed to say that there is a similar force sitting in each and everyone one of our living rooms – right under our noses the whole time! – and that it is capable of the same thing.

I mean, can you imagine the embarrassment? As one (acutely analogy-impaired) scientist was to put it years later, “It was as though I’d traveled all the way to Africa to see a real live elephant in the flesh only to realize that my wife back home was one.”

Couch Theory is so basic, so fundamental, so close to the heart of any human being who has ever been forced to move their belongings into a second story apartment that it is almost too close to see.

Katy? Well, she was simply the first person to say it out loud. She was an innovator only in that it was Katy who first stood at the bottom of an external apartment staircase, watching fifty of her closest friends struggle with her three-seater sofa, and said, “I know I said I measured it four different ways three times, but… That couch is not gonna fit through the door!”

And she said, “No… No, Rufus… See? The arms stick out too far. Even if you tip it up on end, you can’t get it through the door at an angle where it will go…”

And Katy even said, “I don’t see how taking the legs off is going to make any difference, but you’re the engineer, Marlon.” 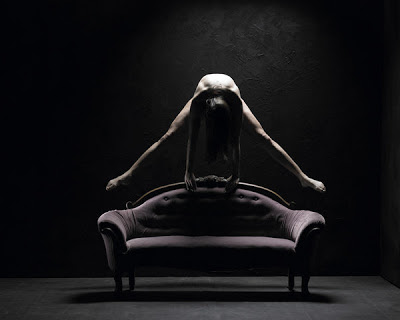 You see, Katy had flown in commercial airplanes before. Not a lot, but often enough that she had on more than one occasion happened to look down and see the buildings and the cars and all of the things you and I down here surround ourselves with day after day without thinking very much about it. While flying high above, she had viewed sprawling apartment complexes, and she’d seen how tiny and insignificant they looked from a few thousand feet up.

And that tiny dot of a dwelling place, over there near the horizon? There was simply no way that fifty reasonably intelligent human beings could not manage to physically force a three-seater sofa through the door and into the living room of it!

And so was born the Sofa Conundrum, later known as the Davenport Problem, briefly as the Chaise Longue Idea, then, for one very memorable Saturday as the Settee Impression, before a temporary consensus arose to go with the Divan Principle, and finally, of course, a more permanent agreement that it was only the term Couch Theory that really captured the spirit of the thing.

In a nutshell, Couch Theory says only this: “When lifted off of the ground and put in motion, a couch will expand in size to fill any given space, no matter how large the space might be. With this increase in size comes a disproportionate increase in weight.”

That’s it. That is Couch Theory in its entirety.

Isn’t it simple? Isn’t it remarkably unremarkable? It hardly even seems worth mentioning, what with couches typically living such stationary lives. It’s so simple and yet it’s true, isn’t it?

Think about it. That futon you’ve got that’s so small you can hardly even manage to balance yourself on it while reading a book? Just try carrying it in through the huge sliding glass door at your new place and it will instantly expand. It will not go forward. It will not go backwards. You and the friends you conned into helping you will be trapped, holding the futon up, unable to move it either way.

Of course, the architects and engineers who design apartment complexes, they’ve known for years about this quirk in the space-time continuum. It’s why they build the staircases leading to the second and third-story apartments to look like something out of an MC Escher painting: They are attempting to confuse the couch for just long enough that it might be transported into its new residence before it notices.

But this – to quote my analogy-impaired scientist friend again – is a bit “like playing basketball with a black hole. You have little or no chance of winning against a phenomenon of astrophysics.” 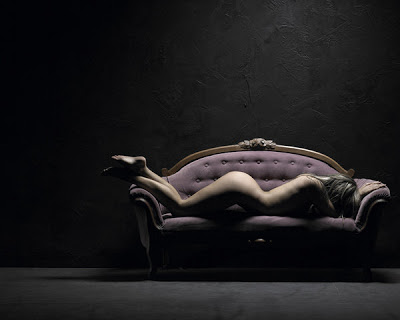 So there you have it: It took decades, but eventually, even the scientific community has become convinced that Katy was right. They have become convinced that “When lifted off of the ground and put in motion, a couch will expand in size to fill any given space, no matter how large the space might be. With this increase in size comes a disproportionate increase in weight.”

They even write it in their physics textbooks, right there in black and white for everyone to see. See?

But for those of us living in the late twenty-second century, a new question has begun popping up: WHY? Why does the Universe operate in this manner? What advantage could there possibly be in a couch such as we see in the Ceres I-7(b)(6)-2t€4(q)(q) Nebula – a couch 10,000 light years across, from arm pad to arm pad?

Katy Anders – still a pioneer in Couch Theory at the age of two hundred and thirty years young – has a theory about this. It goes like this:  The Intelligent Universe has developed couch expansion as means to keep increasingly mobile species of life in their own corner of the galaxy.

It makes us stay put. Left to our own devices, we humans will want to relocate across the surface of the Earth into fancier and fancier digs each year.

Left to their own devices, Luxtorpussions in the Bradbury Nebula will look at Earth through their telescopes and they will shout, “Pack the things, Martha! This ‘Earth’ place has tile floors and On-Demand movies!”

But in both cases, Reality will soon sink in and the would-be mover will groan, “But… Damn it. I’ve got that couch. Never mind!”

Because in both cases, the would-be mover knows implicitly – without resorting to high-fallutin’ principles of astrophysics, generally accepted or otherwise – that NEVER in a million years is that couch going to fit up those stairs and through that door. 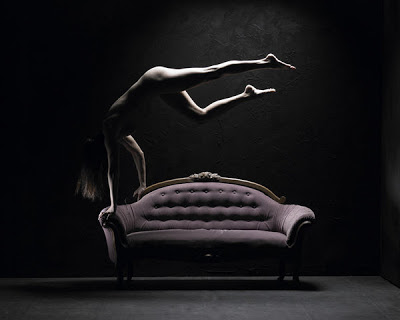