The Continuing Adventures of Hall and Oates 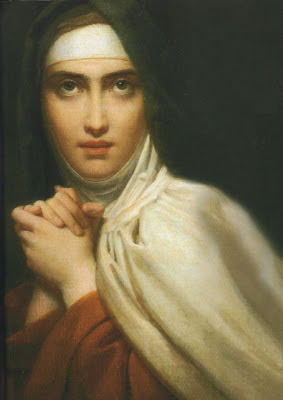 They pass by my window, just outside, every evening right before midnight. Hall and Oates do, I mean.

11:50, on the nose, they scurry through the bushes, right to left. Then, ten minutes later – at the very stroke of the very witching hour! – they’re back again, left to right this time, and then gone for another twenty-four hours.

They will be back. You could set your watch by Hall and Oates’ schedule.

It is damn tough in this town to find a human being you can rely on, but Hall and Oates? I bet those two raccoons could even give hope to an Oklahoma Democrat.


I discovered Hall and Oates one night recently when I was sitting alone in the dark. I had the windows open and the television turned off and the internet hidden away. And I’d been reading Saint Teresa of Avila and I’d been reading Saint Benedict, so I had convinced myself that if only I could remain perfectly silent, God’s eternal love would overflow my mind and my heart and my soul like water from a fountain.

I did not end up finding God’s love.

But I did find those raccoons, scurrying down the street at 11:50 pm on the nose. I never would have found them if it hadn’t been for Saint Teresa of Avila, though, not with the sound of the television and the light from this here lamp drowning them out.

It was a miracle! 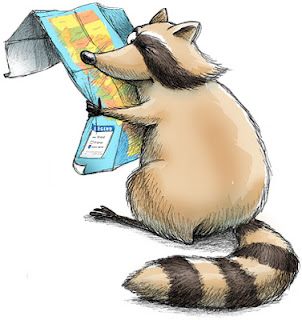 Night after night, I sit here in the darkness and I sit here in the silence, but instead of sailing off into some sort of great mystic height, my mind is filled with something I have now dubbed The Continuing Late Night Urban Adventures of Hall and Oates.

Their adventures run the full gamut that adventures can run, you see. Oh sure, they save the occasional baby from drowning and negotiate a quick peace deal between warring factions of neighborhood possums. But then, there was this other time? Hall and Oates went back to 1861 and convinced John Wilkes Booth to put off his plan for Presidential assassination for four more years.

Another night, they took a balloon ride to the East and proved the existence of Shambala, narrowly beating the Google Maps van there. And then they… Well, you get the picture. This goes on and on...

I do not understand most of the pictures in my brain these days. I need pictures in my brain to feel that need to write. So I’ve had a lot of trouble writing lately. Writing anything at all. They say bad pain makes for good art, and that seems to be history’s general consensus. As Nick Cave said:

“John Willmot penned his poetry
riddled with the pox
Nabakov wrote on index cards,
at a lectern, in his socks
St. John of the Cross did his best stuff
imprisoned in a box
And Johnny Thunders was half alive
when he wrote Chinese Rocks.” ***

But Kurt Vonnegut said that every writer writes for a single reader. Just one. Regardless of actual audience size. Vonnegut wrote for his sister, even after she was dead. All his jokes, all his characters, all his stories… he shaped them all to fit inside of his sister’s head.

Dana was my reader. I wrote to make her laugh. I never wrote down a single joke I thought she would not get. So my writing will take some time to get back into shape. I need to clear out the detritus. Empty out the years of accumulated bullshit. Then, when that is complete, I must fill my brain with something new.

The mystics can help me clear my head out. But the mystics are woefully inept at predicting what is going to come pouring back into my head after I do. It might end up better than before. It might end up as more Continuing Late Night Urban Adventures of Hall and Oates.

You see what I did there?

While I’m talking in bare digressions – while I’m still trying to get back up on my linguistic feet – let me mention something else I discovered recently which scared me as much as any Dark Night of the Soul ever could.

It was this picture: 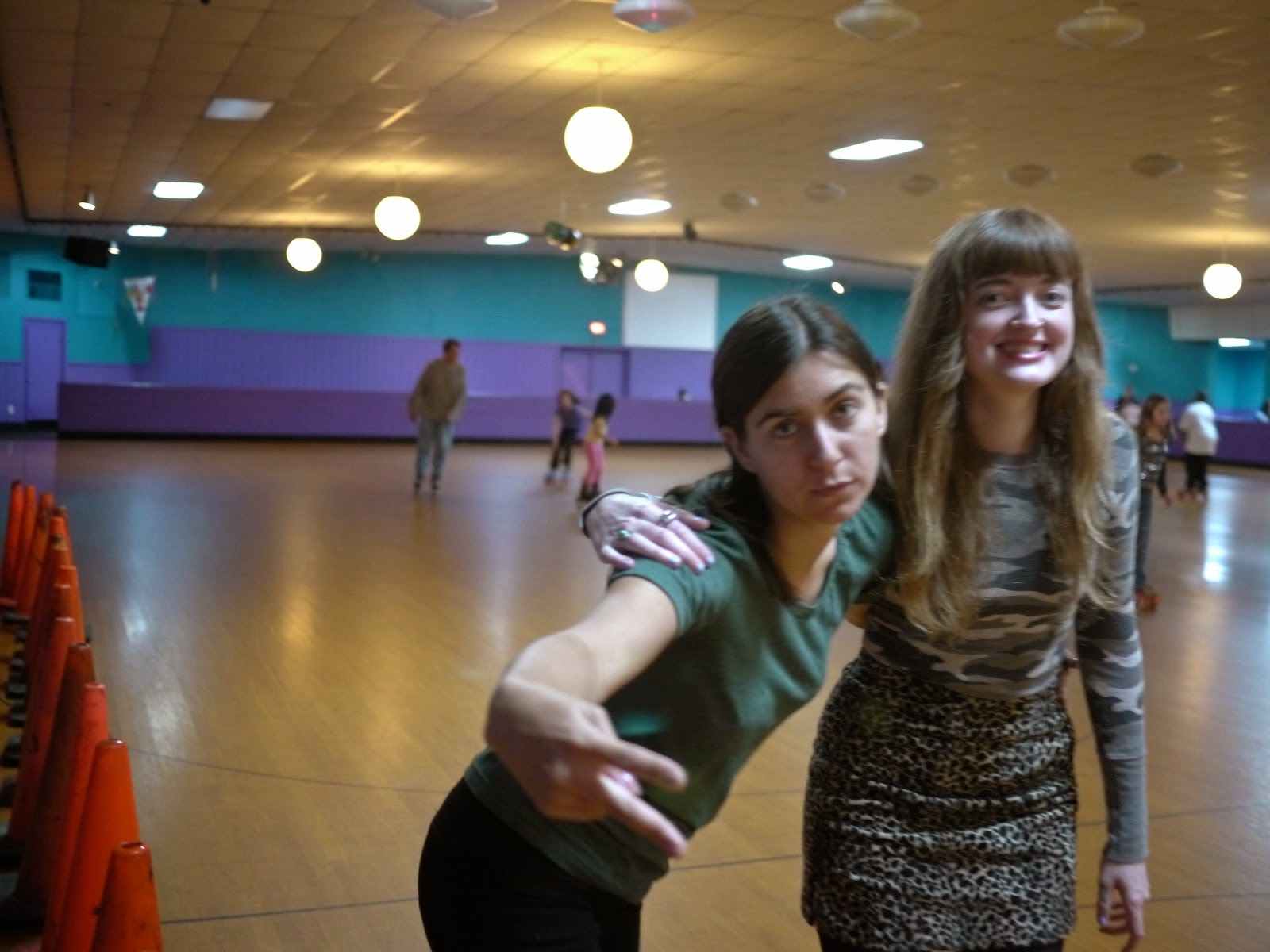 What kind of family – what sort of friend or lover or even casual acquaintance – would let someone they care about go to roller skate wearing a camouflage shirt and leopard skin skirt?

My problems went back further than I knew. Camouflage and leopard skin!

Now, if you will excuse me, it is after 11:00 pm. I have to go get ready for Hall and Oates’ nightly performance. Whatever comes next starts here.

***Lyrics from Nick Cave and the Bad Seeds’  song, “There She Goes, My Beautiful World.”
Posted by Unknown