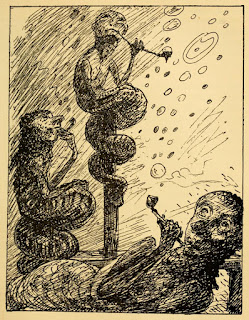 My employer boasts there ain’t a soul alive who can remember the details of one of her parties. She promises a 4-day hangover minimum, guaranteed!

You see, Adri’s parties are by invitation only, and the invitations will read, “No cars. No cameras. No phones.”

To get in, you will have to sign a gag order and a waiver of liability beforehand, and the waiver is three fingers thick and requires that you be represented by counsel at the time of signing. It includes a provision in which you state you will not hold Adri personally liable should you be arrested for treason as a result of the event. You must attest to your food allergies under oath and promise that any severed limbs automatically become property of Adri’s law firm.


And you don’t know when the party is going to happen, exactly – you’re just given a range of possible dates – so when they come for you in the dead of night in a limousine or a taxi or in an unmarked van, it’s a bit of a surprise. And the men in the black shades and long trench coats, well, they will pull a sack over your head before you get into the vehicle, and they will play low tones of white noise to you with the bass turned way up so you cannot recreate the path you’re taking later on.

They will carve strange and archaic symbols on your body before the party begins. “For your own protection,” they will say.

The party is at a bar that Adri has rented out for the occasion, and it looks sort of  like a bar you have been in before, but not exactly like a bar you have been in before, so you really will know where the hell you are. And either she’s paid off the local authorities to look the other way or else there are no local authorities because maybe you’re in an international zone and that van ride turned into a plane trip somewhere along the way.

You are almost sure you felt some turbulence! 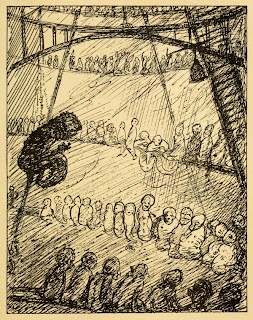 And I work for Adri now, so I get yanked off to this year’s party the other night, but the thing is that I am not exactly a party person. I am sitting alone, at a table in a dark corner of the bar, drinking a glass of water and writing this blog post longhand when the strippers arrive. The strippers come in four flavors: Female, male, gender-fucked, and pint-sized. There is also an animal of some kind involved, but I am unable to make out the details.

An old man who looks like Elvis taps me on the shoulder, asks me where they’re storing the defibrillators this year but I do not know, and I tell him this.

It is at about this time that Adri spots me in the corner, and she makes a beeline straight for me. She is all long red hair and tall black heels and ever-present skinny cigar, but she, too, is stone cold sober tonight because she is a recovering addict of… everything.

“You look like a gal who could use a drink and a stripper!” she says as she slides into a chair beside me. Then she whistles loudly, waving over a dark-nippled dancer to our table.

“No! No, I’m good, really,” I insist, but by then the stripper has entered our general vicinity and it is too late. A loud clanging and a braying erupt from a large cage somewhere across the room. I can just make out a pair of pants, several arms, and a wing inside.

Peering around the stripper in front of me, I say, “What kind of animal is in that cage with those people?”  but the stripper does not know and Adri’s guess is “a gryphon.”

Near the bar, a group of people are playing hangman with an actual gallows pole and noose. I can tell from over here that the word in question is “Burroughsian,”  but none of the players are anywhere close to guessing right. 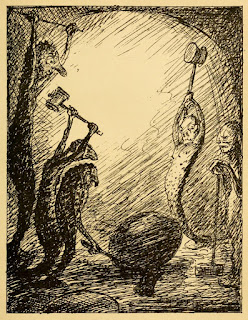 Adri watches me watching the stripper. “With this party, I always kind of aim for a cross between a Hieronymus Bosch painting and the bar scene from the original ‘Star Wars’,”  she says.

“So how about a drink, Katy?”  Adri offers again, more emphatically this time.

Adri pulls out a bag of pills. “How about a drug? Anything at all!”  she says.

“How about a different stripper?”  she says, sending the one with the dark nipples away at last. “Want to go crazy and try a male dwarf?”

“I am not really a social experimenter,”  I say.

And then Adri, she throws up her well-manicured hands. She starts to sweat and look around nervously. She is done for: I am going to ruin her perfect party record!

“Katy, are you alright?”  she asks, and I almost believe her concern. “Are things getting better at home?”

At home? The words rattle around my brain a few moments. I cannot make hide nor hair of them.

Then, as the trapdoor drops out of the gallows scaffolding and the caged trio starts to moan and Elvis gets his heart shocked back to life, the room takes to spinning and it is only then that I remember. I remember that I have been forgetting to forget Dana. All evening. I have not been trying not to think about her or sort of forgetting her but with a cloud constantly present at the back of my mind. 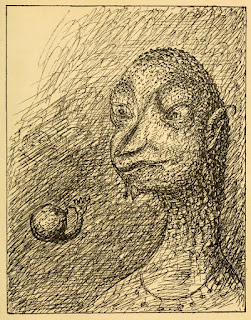 I have really and actually and honestly forgotten about her… and for several hours, to boot.

This is momentous. I have forgotten to forget!

But the thing is, by this point, I am going into shock, and as I descend into darkness it bothers me a little to know that Adri has won again. I will wake up tomorrow, back in my own bed and with no memory of tonight, and I know I should be grateful to Adri for her amnesia-inducing party, but why couldn’t I beat her just this once?

Unless, of course, Adri’s goons fail to find the paper with this hand-written blog post I have tucked away in my pocket. And if that happens, well… If that happens, then everybody wins.