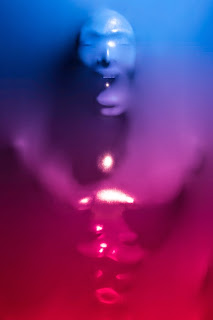 In my lifetime, I have stayed in all kinds of places. I have slept all sorts of ways.

Like in drain pipes & abandoned sheds. Beneath the overhang at the local Denny’s. Like curled up in a downtown alley, where your alarm clock is the morning garbage truck slamming the dumpster you’re sleeping behind. Like a begged-for three hours’ shut-eye on a friend’s loveseat just to get kicked out after two.

I’ve snoozed in homeless shelters where they’ll steal the shoes right off your feet as you sleep, so you’re best off crushing your footwear beneath the bedposts for the night. I’ve slept business hours in the reference section at the Houston Public Library, which comes with free air conditioning, a water fountain, a toilet, & a sink.

You learn to sleep on the go, eventually.

I’ve stayed in hotel business meeting rooms on at least three dozen separate occasions, where sometimes they’ll even leave the leftover food out when they finish. So, you know… Bonus!

Then there have been the houses. I’ve stayed in some houses. Some for a while. At least three, it seems to me: My family’s when I was a little girl, my grandmother’s during the summers, & Aunt Sharon’s for a few weeks just after my parents died. 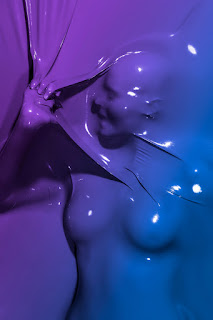 There have been cars. There’s been a whole lot of cars. A full spectrum of modern motor vehicles, really. Some operational. Most not.  My first was a burned-out shit brown 1970 Plymouth Fury 3 with a paisley vinyl top. Stayed there three weeks & even started storing some odds & ends inside until I came back one morning to find the city’d towed the damn thing off.

A week in a black 1986 Mercury Cougar that had been stripped for parts, broken down just east of where Minute Maid Park now stands. Another week in a maroon Chevy S-10 with bumper stickers on the back that read, “Actung Baby”  & “Clinton/Gore '92.”

& school buses in the summer & tarped motorboats in the winter.

But of all the places I’ve ever laid my head, there’s really only been one of them that’s ever felt like home sweet home. My center. My bunker. My base of operations.

That’s the place I call Temixoch.

Now, I have spoken of Temixoch before, but for those of you with short-term memory loss or who are just cruising through, I will go through it all one more time. Temixoch is what I call this storage closet I found just off an abandoned underground freight elevator beneath downtown Houston.

The way I figure it, in the old days – probably in the Twenties or maybe in the Thirties – this freight elevator came right up out of the sidewalk. You just pulled aside these horizontal metal doors & boom! It had this fancy gold metal working all over it that would probably make your grandmother talk about how they used to make everything better back in the day.

& the elevator’s long gone, though the shaft is still there, & there’s a truck got lodged down in it somehow during the flood of 2001. But if you should climb down through this truck, which is sort of just hanging there face-down in the shaft, you’ll come to a storage closet. Eight feet wide by eight feet deep.

No matter where else I might stay for a week, for a month, for a year, one thing stays pretty much the same. Temixoch, well, that’s home.

Word on the street is somebody’s moved into my abandoned underground storage closet. Somebody’s been sleeping in Temixoch & it’s not me!

Word on the street is the intruder calls himself “Dr. Clitoris,” & he wears a cape & dark hood & it is suspected by some that he might be a little crazy. I could not fathom any of this & I could not believe it, but Merlyn Pagano personally confirmed it to me & Merlyn Pagano is never wrong. 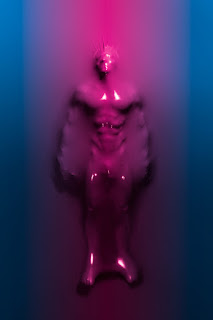 Does this Dr. Clitoris character not know? Is he somehow… unaware?  Has nobody told him that Temixoch is my center, my bunker, my base of operations?

Now, I hate to get all possessive about the places where I illegally squat, but… Something has to be done! This Dr. Clitoris, he must be evicted, kicked out, or he must be forcibly removed.

Temixoch my Temixoch, my home sweet home. You’re the only place where I have ever dreamed.

So I am assembling a posse to recapture Temixoch. Gathering the least reputable characters I know. & though organizing the homeless is a lot like herding cats, we are going to go & we are going to take back Temixoch from this questionably-named trespasser.

I’ll bet he’s not even a real doctor.
Posted by Unknown