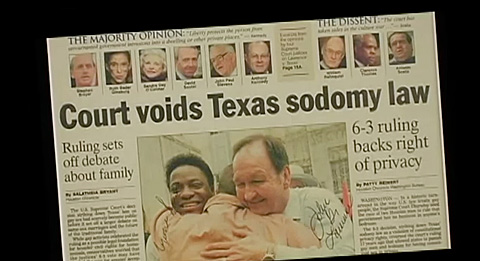 I was two months shy of 18 when the Supreme Court did its thing in Lawrence v. Texas.

And I remember it was a Thursday, and when the story broke, it was a big deal here in Houston. This was because the case had started out right here in town before going all the way up to the United States Supreme Court. I got onto a city bus and I headed down to City Hall, where a whole lot of gay people had gathered out back to celebrate.

We had taken down the Empire. Gay was legal. We were criminals no more.


There were lots and lots of gay people down at City Hall that day. More than I had ever seen before. There were gay men and lesbian women and transgender people and assorted freaks of all shapes and sizes. And they were celebrating as only gay people can celebrate, and they all seemed to know one another. They all acted like friends act.

I did not have any friends there, or at least not until Nick ran up and high-fived me. I had not previously even realized that Nick was gay.

I remember thinking “We?”  I could not recall participating in the oral arguments before the Court. I was fairly confident I had neglected to write and submit an amicus brief. I did not think I had done anything.

I did not mention this to Nick, because we were celebrating and being fabulous behind City Hall because “we” had won. John Lawrence – the “Lawrence” in “Lawrence v. Texas” – he was there, too, and so was Tyron Garner, the man Lawrence had been caught sodomizing that started all this mess.

Mr. Lawrence and Mr. Garner stood at the front of the crowd, behind a microphone. They spoke to us, and they seemed timid when they spoke even though everyone was calling them heroes.

This was their (our?) day. Gay was legal.

Now it has been nearly ten years since that day. I have lived all of my adult life in a country where the government will not arrest consenting adults for the kind of sex we have in the privacy of our own bedrooms.

This seems to be as it should be.

I heard Nick died of some AIDS-related thing a few years back. Maybe 2009. Honestly, though, I never saw him again after City Hall.

The professional queers, well, they are still around. Their public identities still revolve around who they are attracted to, and they still act like they are the Jedi getting hunted down by the Empire at the end of Star Wars: Revenge of the Sith. 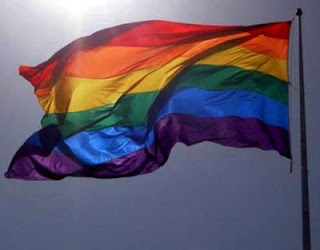 Of course, there are always enough conservative Christianists around saying stupid things or refusing to bake a cake for a gay couple to keep the professional queers in business.

But they seem kind of pitiful to me. Out of date. Not like heroes. Not like anyone I have a bond of commonality with.

Maybe I can’t appreciate what older generations of gay people went through.

Maybe I am ungrateful.

Or maybe I just refuse to join any club that would have me as a member.
Posted by Unknown