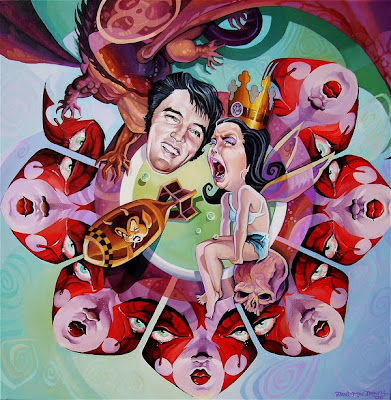 It has been fourteen days, twenty hours, seventeen minutes and six seconds since my last blog post.

That is way too long.

I have a good excuse, though.

You see, chupacabras ate the post I was planning! I was attacked by a flock of feral Mexican goatsuckers and all I have to show for it are the words you are reading at this very moment.

The post that should have gone here was way better, but the chupacabras got it.


It happened last Sunday. I was walking down Travis Street. I was thinking about my idea for a new blog post. To be honest, my idea was just about perfect.

That was when I heard it.

My friend, Mario, he knows (or knew?) that sixty-three percent of the good ideas people have are eaten by chupacabras. He told us that. Mario knows you should never carry a good idea around in your head out in public.

He warned us. He was very specific. Now Mario is missing, I have been attacked, and you are getting this lousy blog post instead of the one that we both know you really deserved. 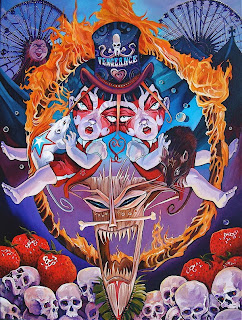 We thought it was all fun and games, throwing rocks at that poor kid’s head.

But Mario knows a thing or two about chupacabras. I mean, he knows things.

Mario’s the one who taught me everything I know about them. Just ask him. He will teach you, too, and gladly. If we ever find him.

Mario has notebooks and scrapbooks. Old floppy disks and photo albums. Shelf after shelf after shelf of them, and all filled to heaping with everything you could ever want to know or think to ask about chupacabras. He’s got charts and graphs and newspaper clippings. He’s got half a claw from one. Part of a wing from another. He’s got a paper mâché rendering from a Mexican Day of the Dead parade that’s so realistic, you can see where a real chupacabra once tried to mate with it.

It’s like I told you: My friend, Mario, knows some shit about chupacabras!

Like this: He knows there are fourteen chupacabras living in and near downtown Houston. He knows he has live digital trackers hooked into four. He knows they have three separate nests here and that you do not want to go anywhere near any of them if you can help it.

We always laugh at Mario when he says he knows things like that.

Hindsight is 20/20, and we are doing what we can. We’re trying to make amends. We’re making all of the calls that we can make. We have called the hospitals, the shelters, and the morgues. Friends. Family members. Co-workers. His landlord.

I mean, he’s got to turn up somewhere. Right? Sanguinated OR exsanguinated, somewhere? 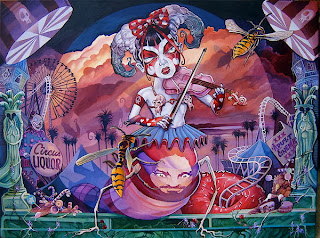 Last Sunday, under attack, I tried to phone Mario while I tried to run. I was leaving him an out-of-breath message about giant green, hairy dragonflies (“Four of ‘em, Mario! Four!”) when the first proboscis drilled into my right ear canal.

It came back out with a chunk of brain about the size of a cell phone.

I am pretty sure my last blog post was in there.

The one you’ll never see now.

The second proboscis took a chunk of brain the size of a pill bottle, and that’s why I can no longer recognize the color orange or triangles and why I have lost all sense of rhythm.

The third proboscis went into my left ear, but everybody knows the left side of my brain tastes bad. The flock of chupacabras dropped me back on the pavement and went after some tastier prey.

They’d already gotten the best parts of me!

So if you see our friend Mario, tell him that I am sorry. Tell him that we are all sorry about the laughing and the poking fun, but especially about the rocks. Tell him we know we should have listened.

Tell him to please come back to us.


If you see Mario, tell him that “Lesbians in My Soup!”  can’t survive another attack of chupacabras. 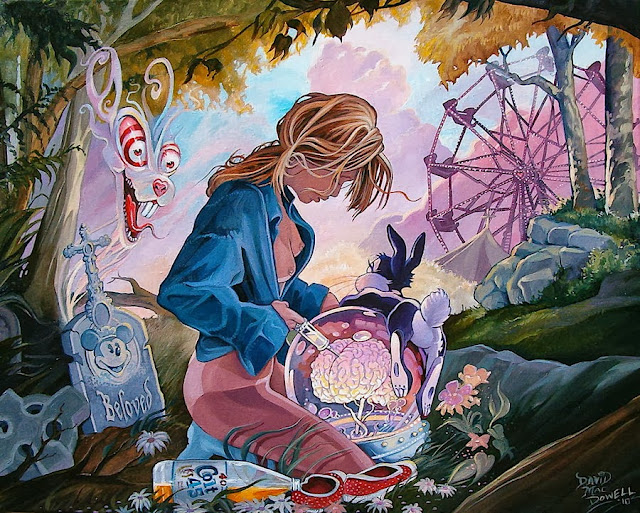