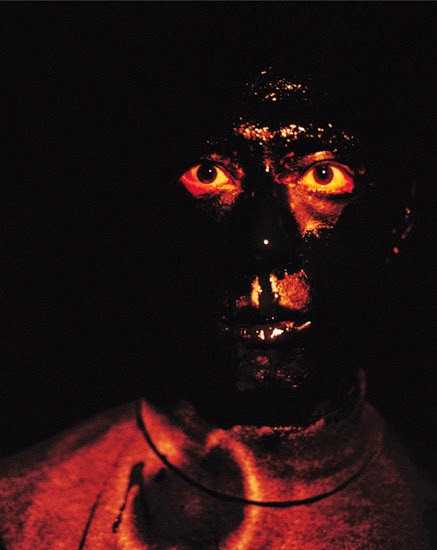 Grandma says, “Katy, you need to get out more.”

She says, “You need to go DO something. Do it all.”

She says, “Katy, you need to experience the world while you are still young.”

We hear her every word. We roll her every word around in our hands. Slowly. Considering each for shape and for size. Smoothness and weight. Impact and echoes and related after-effects. For potential to forfend flesh shadows.

We consider Grandma’s words, but we know better than Grandma. We know there is too much to do in here to ever go outside. 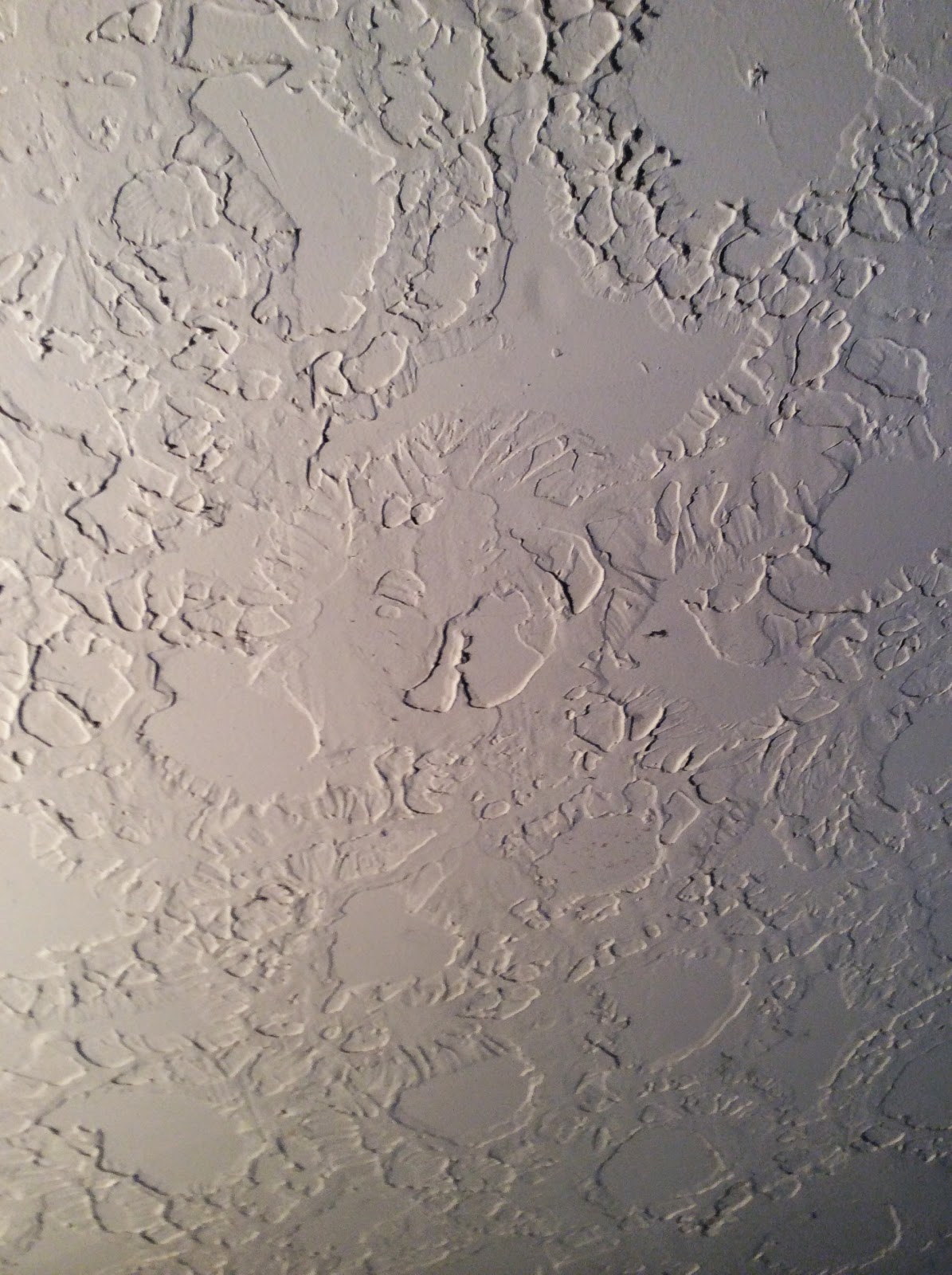 Of much more concern now are the biorhythm-ers, who can point to a real, live-in-the-flesh study in which subjects – cut off from natural light and from all sense of time – fall naturally into forty-hour cycles of activity and sleep.

We know this study exists. We have seen it with the two eyes. We have weighed its possible long-term effects on our collective consciousness. We have agreed that it threatens to make our simplistic “There are never enough hours in the day” saw look quaint. Antiquated. Like nothing but a superstitious old wives’ tale.

And so we lack consensus, but as of this writing, at least, it remains our plurality position that there are never enough hours in the day.

Many of our hours are spent on the brushing of the teeth. In regard to the frequency, timing, and method of the brushing, there exists much disagreement among us. Volumes have been written on what should be done, particularly about the infected molar on the bottom left side of the mouth, far, far in the back. These writings we have collected in many three-ring binders, adding both tables of content and indices. These writings we have made available for public inspection in the closet in the hall.

We have reached consensus in support of the public inspection of the binders in the closet in the hall.

Grandma, for all her insights – “But Katy, you’re so pale!” “Katy, why don’t you go out and get laid for a change!” – she frankly does not have a clue. Grandma knows nothing about the proper number of hours in a day. Not like we do. Grandma has no coherent position whatsoever on the subject. 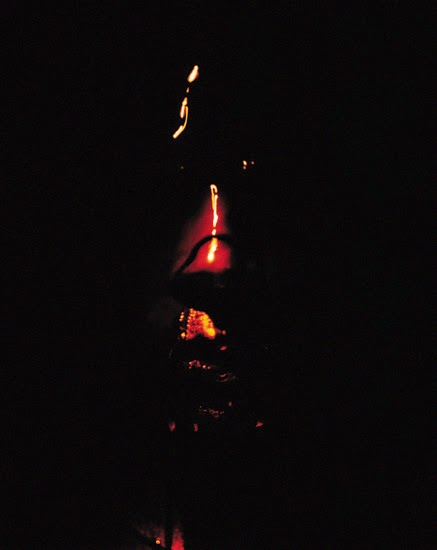 And Grandma has not written a single word on the brushing of the teeth, the frequency and the timing and the method, let alone on what should be done with the infected molar on the bottom left side of the mouth, far, far in the back.

Finally – and most importantly for our purposes – wisdom from Grandma is accorded little or no weight with us because Grandma has never looked up at the spackle scenes.

You see, it is the spackle scenes which consume the bulk of our time, often twelve, sometimes sixteen hours of our day or more. Even during those hours in which we close the eyes, the familiar scenes continue to flash before us. We debate their shapes and their meanings.

Current discussions and debate focus on one specific portion of the ceiling. A section in the northeast corner of the apartment. Near the door. Just over the couch. Not far from the water stain. The ridges in the spackle there tell a story, although the recondite nature of the story remains open to different interpretations.

Naturally, several factions have arisen, each labeling all other interpretations as heretical. As apostasy. As sinful, grotesque, or as impossible. Some of our factions resort to vile and at times even criminal measures to gain the upper hand.

Yet there are rarely any obvious winners.

We stare up at the spackle scene on the ceiling for hours. The ridges begin moving before the eyes, go in and go out of focus. Outlines, faces, whirlpools, architectures. They are born. They grow. Age. They crumble and blink out forever. 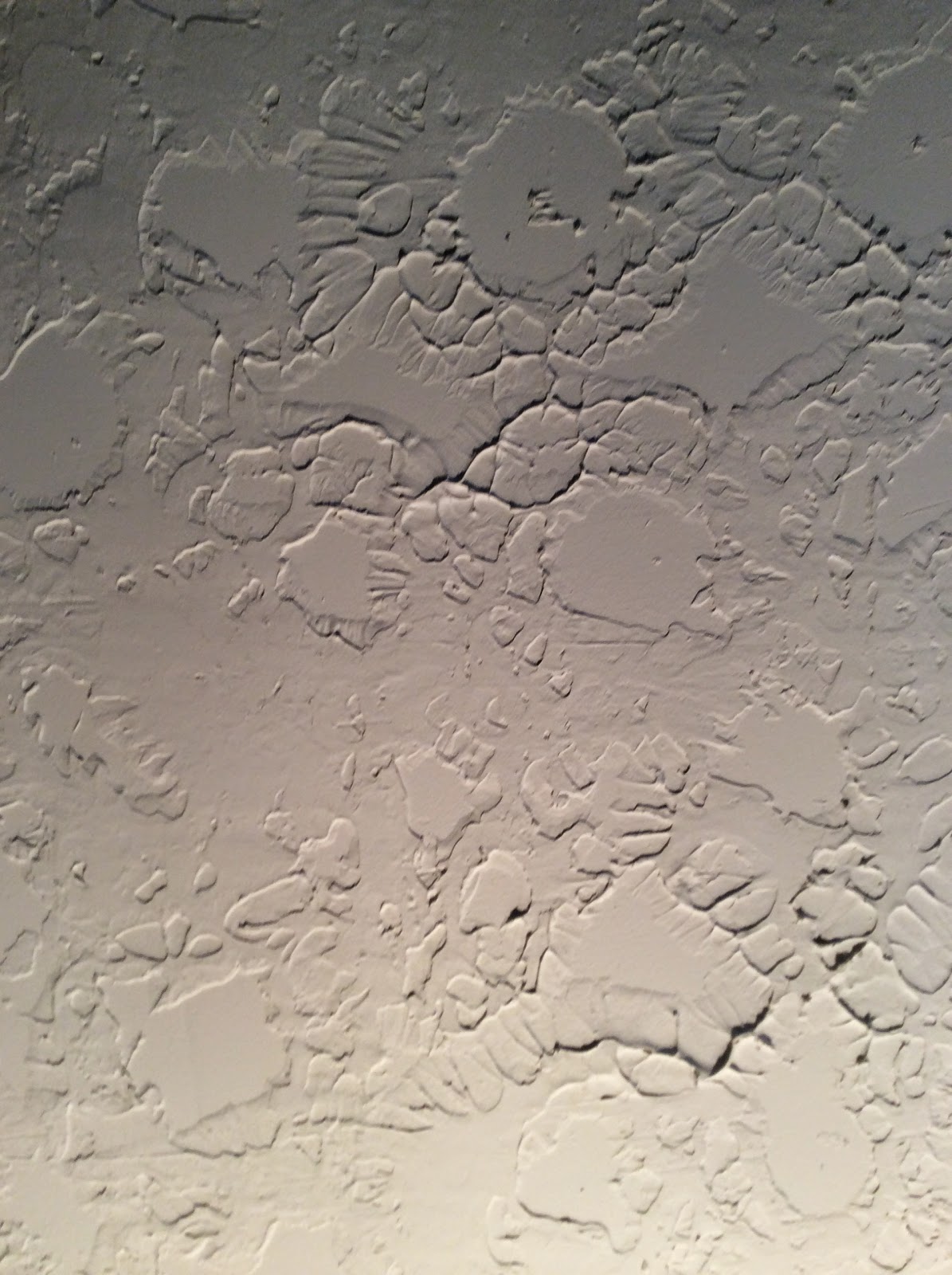 “There!” The mouth gasps. “Do you see? That is Tarab. With his hands up, like this? Right there? He is out on the plains. He is preaching to indigenous tribes.”

The Tarab-as-old-time-preacher faction is not large, but what it lacks in size, it makes up for in persistence. Night after night after night, as we gaze up at the spackle in the northeast corner of the apartment (near the door, just over the couch, not far from the water stain), the same scene reemerges. We find it right away. It clicks into place.

On the other hand, in the same space, one evening, Thursday before last, there was a moment in which the spackle showed us the body of a woman. A woman from behind. Leaning over. Reaching back to spread vaginal lips.

This left quite the impression and even today, there are those among us who believe it to be the proper interpretation of the spackle scene. Its one true image. However, we have been unable to locate it again, ever, no matter how long we try. No matter the angle of the head.  No matter the direction of the lamp-shadow.

There are thirty-six current interpretations of the spackle scene in the northeast corner of the apartment. They vary in content. In detail. In profundity.

One faction among us, whom we will call The Reptiles, sees nothing but images of food in the spackle. 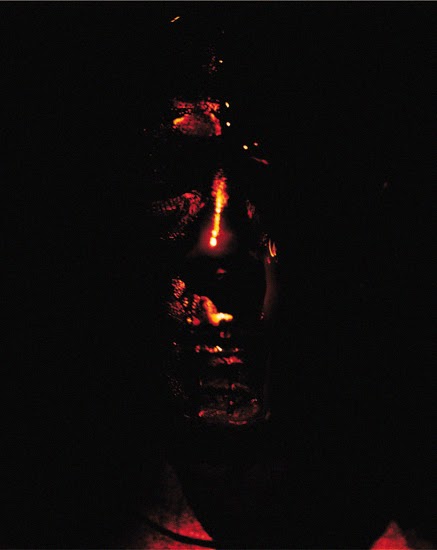 And so the hours are consumed, and the days, and there is never enough time or there is too much time or there is precisely the right amount of time, but certainly not enough for us to go out and see the world, as Grandma would have it.

Beyond the time, other complicating factors necessarily prove prohibitive. We would never reach agreement on where to go, nor on how to get there, nor on the way to hold the mouth and the eyes once out in public. Speech would be impossible with all of our factions jealously vying for even a single word, a syllable, a moan.

Life is good in here. We keep busy.

So now, the Grandma issue has been addressed – thoroughly, decisively put down! – and our dinner time is here. There is never enough food. Tonight there is just a single egg left in the fridge.

And as to how it should be prepared for the eating, well, we are many minds…
Posted by Unknown