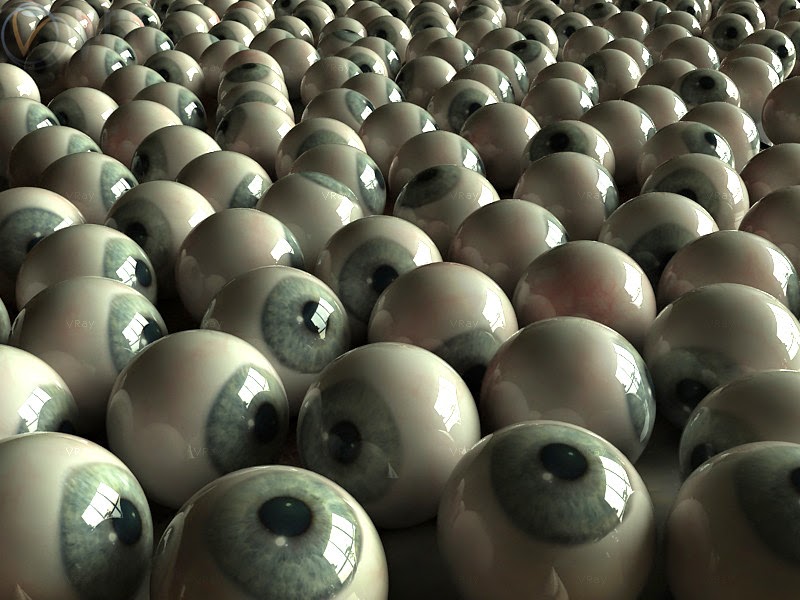 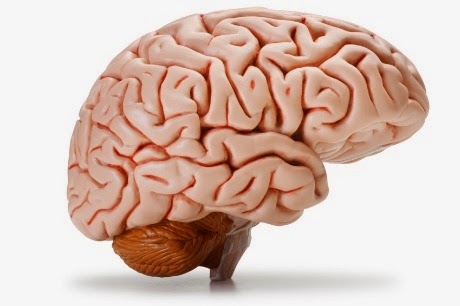 Kanye West! (Please do not tell him I told you this.)


Those places on Aesop’s eyes and your eyes and even Kanye West’s eyes are called blind spots. 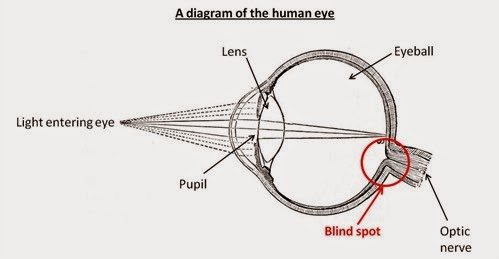 3.         Aesop’s brain fills in whatever it thinks he ought to be seeing in his blind spots.

And it’s this third point that is the reason why I’m writing this blog post.

You see, sometimes Aesop’s brain gets it wrong.

Like if he is sitting on his couch and he is staring at his wall and his wall is empty except for one small hanging clock. And if he covers up one eye and if he moves his head around, then at some point, his small hanging clock will disappear.
Pop! Right out of existence!

Aesop’s small hanging lock will be in his blind spot, you see, and his brain will fill in “wall.”

His brain will be wrong.

Or look at this! If Aesop covers his right eye and looks at the dot on the right with his left, his brain will turn the broken line into an unbroken vertical line. It will do this when the clock is inside his blind spot. 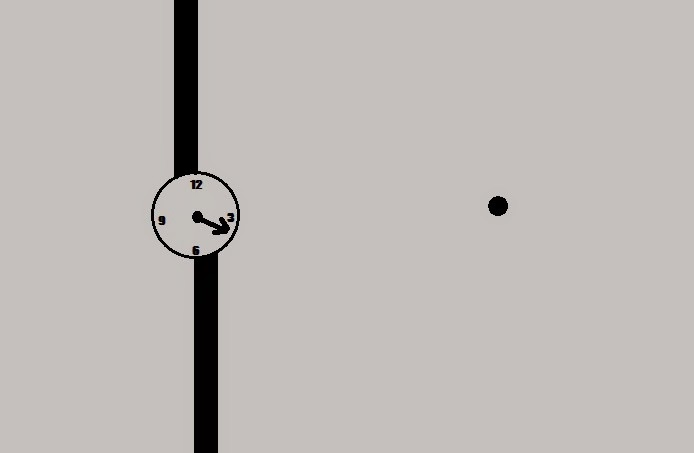 (This probably won’t work on a computer screen, and it never works with broken horizontal lines, and broken diagonal lines take time to “grow” straight. I don’t know why.)

And now I put the little letters in a vertical line. It must be vertical. It must be a line.

And now I leave a gap for Aesop’s blind spot.

A gap for Aesop’s brain to fill stuff in. 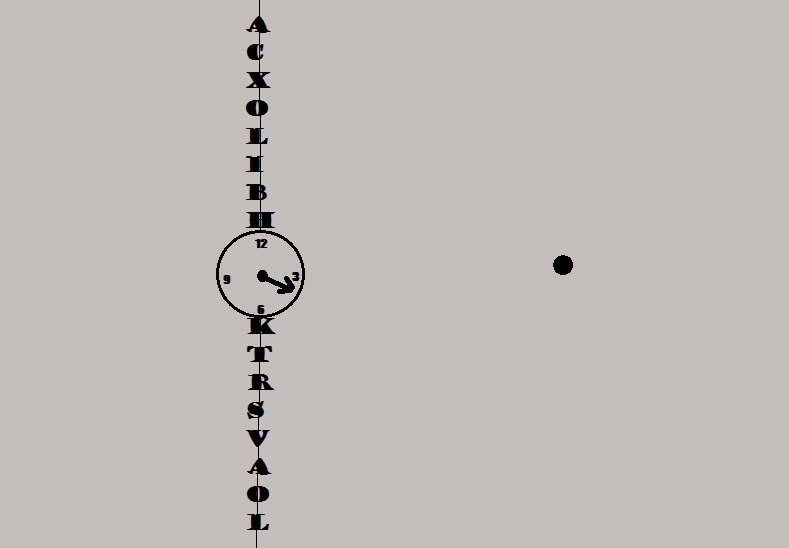 1.       It might fill the gap with nothing. With a smudge and that is all. This is what my brain does when I try.

2.     Or it might fill the gap with squiggles. With creepy hieroglyphics. This is what my daughters’ brains do when they try.

3.       Or it might fill the gap with letters. With letters out of nowhere. This is how we’ll find my brother soon when Aesop has a go.

This is going to work.

If he believes his brain has information about Antony’s location and inserts it in his blind spot, it will work. Because Aesop knows more than he knows he knows.

I’ve just got to get him really stoned.

And hope he’s not too far sighted.

Aesop’s brain is gonna do what I tell it to do, damn it.

This is going to work…

“In any field, find the strangest thing and then explore it.” – John Archibald Wheeler