The Girl in Apartment 5 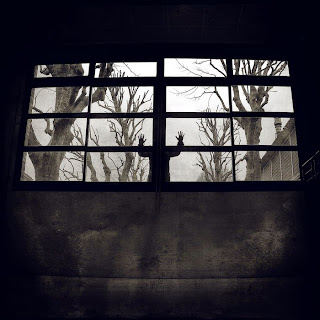 There’s a girl who lives next door and she does not know that I am in love with her.

To be honest, she does not know that I exist at all. I mean, I imagine that in theory, she has a tacit awareness that a person or persons occupy the townhouse next door to her, and everyone on the block has heard me trying to start my van in the mornings.

There’s a chance she has even seen me when I go out to check the mail or when I take a walk with the kids in the evenings. Yeah, maybe… Maybe she has seen me!

But she does not know me. If I ran into her at Kroger, for example, I would see no flash of recognition in her eyes.

So the girl who lives next door has absolutely no reason to suspect that I am in love with her.


I’ve done everything I could to learn her name. I’ve raided the mailbox for apartment number five. Twice. Five is the second floor unit way back at the back of the huge old house where she lives. The unit you can only get to by climbing a clanky metal stairway that looks like a fire escape.

There’s no one registered to vote at her address and Harry says she works in an office building and not anywhere requiring name tags.

I don’t know even what color her eyes are, but when I dream of them they are that weird hazel kind where the color sort of depends on how wide the pupils are at the time.

I do know she leaves her blinds open a lot.

Like last night, she had some friends over until late and they were talking and they were drinking and they were smoking something together. I could see her talking and when she talked, her eyes opened wide and she waved her hands around and I tried to imagine the words she was saying. The words I imagined her saying were about how photons only have potential locations until they are observed and about how this proves that consciousness brought the universe into existence. I imagined her going on to explain how the past is created by our research into the past and how the universe actually grows bigger as our telescopes see farther merely because we are observing it.

I can’t explain her theory better than that because I imagined her as being a lot smarter than I am. (Later, it turned out she and her friends were just playing Cards Against Humanity, but still...)

I am starting to learn her routine now. Like I know she argues on the phone with someone every Thursday night and then gets really drunk and roams her apartment in varying stages of undress.

Okay, maybe this is a little bit creepy.

But what do you expect? People do some stupid things when they are in love like I am. Email ThisBlogThis!Share to TwitterShare to FacebookShare to Pinterest
Labels: home, love, not creepy