I know everybody these days is aware of just how important their Amazon.com recommendations are.

That’s true, isn’t it? I mean, you are aware of the increased chances of your buying something that pops up on your recommendation list enough times, right?

And hell, even if you aren’t aware, the good people over at Amazon.com surely are. That’s what those lists are there for, in the end: They take all your buying habits, stir them around around in a special Amazonian electronic marketing engine in which they are studied by a barnful of hamsters and compared with the buying habits of millions of other Amazon.com customers, and Voila! Out pops a list of items that you’re probably going to want to buy. You just didn’t know you wanted to buy them.

This is sophisticated and heady, really cutting edge, 21st century stuff, and billions in sales dollars hang in the balance. And it is one of the reasons why this time of year sucks for me. I am left with the aftertaste of my Christmas gifts of a few weeks back. Sure, the Holiday Beast of Christmas Past has already done the worst of its damage. It’s done leveling Tokyo and it’s stomped out of town for another year.

But now’s the part of the show where my Amazon.com recommended items list starts looking a little hinky.

You know, like I bought a copy of the Transformers II DVD for my nephew, so now my recommended movies list starts showing every goddamned CGI Hollywood blockbuster that’s ever been made. It’s enough to drive a woman already on the cusp of insanity right on over the edge.

So I’m on Amazon.com last week, minding my own business, and sure enough, the rubble left behind by the Holiday Beast’s yearly rampage is sitting right there for all to see, bearing its fangs and laughing – laughing! – at me right to my face.

﻿﻿“Fuck!” I yell out in desperation (although in truth, that method of solving my problems rarely helps much).  “Drugs, John Wayne, and Jesus!”

And Dana, she doesn’t miss a beat. I haven’t even realized she’s upstairs, but she shouts, from out in the hall, Jeopardy-like, “Name three things you might find in the desert!”

It hits me like a lightning bolt. Like the lasers that the Holiday Beast shoots out of its eyes in those old Japanese movies the kiddies love.

The last three things that flash before the eyes of the fading American Empire before history closes the lid on its casket. It’s the perfect title of a book on modern culture: “Drugs, John Wayne, & Jesus: Front Row Seats for the Death of the American Dream.”

Drugs, John Wayne, and Jesus. It’s the working title for an unfinished Alejandro Jodoworsky Acid Western from the late Sixties. Had it ever reached fruition, it would have ended up being titled, “The Last Temptation of Marion Morrison.” It would have climaxed with the eponymous character freeing himself from the bloated John Wayne carcass that he’d become, and then fighting it out mano a mano with his own acquired persona as a crowd of spectators  throws stones.

Jesus Christ, why have I still not upped and moved on out to Hollywood to sell screenplays? There are literally dozens of low rent movie theaters that are going to run out of material for their midnight movies because of my failure to commit.

And where in the blazes is Elvis during all of this, anyway?

There’s a scene in the real Alejandro Jodoworsky film, The Holy Mountain, where the main character is cleansed of all the physical and spiritual toxins he’s been building up by living in society. The guru character presents him the resulting toxic residue as a chunk of fool’s gold.

Those most American of all modern American figures – John Wayne and Elvis Presley – could probably have both used a good cleansing of toxins late in the game. Swollen, glistening, engorged on pork, prescription pills, and cancer past the point of bursting … a little time out in the desert, tripping on peyote with Jesus would have done both of them a world of good.

When Jesus was out there in the desert, the devil took him to the top of a cliff and showed him all of the cities and treasures of the world. And the devil said, “All of this will be yours if only you follow me!”

Jesus said no. Elvis the King and John the Duke, though, well, we all know what they said.

They can’t be blamed, though: If Jesus were alive today, you just know he’d be 250 pounds with a terminal prescription pain pill habit. His phoned-in performance in The Gospel of Matthew IV in 3D would not have prevented it from opening at number one at the box office. Lukewarm reviews, but God knows the guy still has charisma. 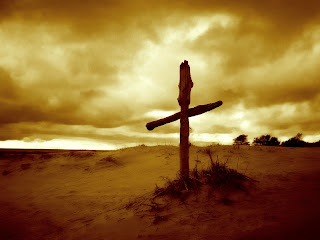 Jesus Christ. John Wayne. Drugs. Three great tastes that go great together. It all makes such perfect sense now. How could it ever have been any other way?

I guess the takeaway from all of this is that we should have faith in our Amazon.com recommendations. Even right after the holidays. The recommendation engine is all-knowing, and only has our best interests in mind.

So sit back, relax, and consume.

It’s what Jesus would do.
Posted by Unknown