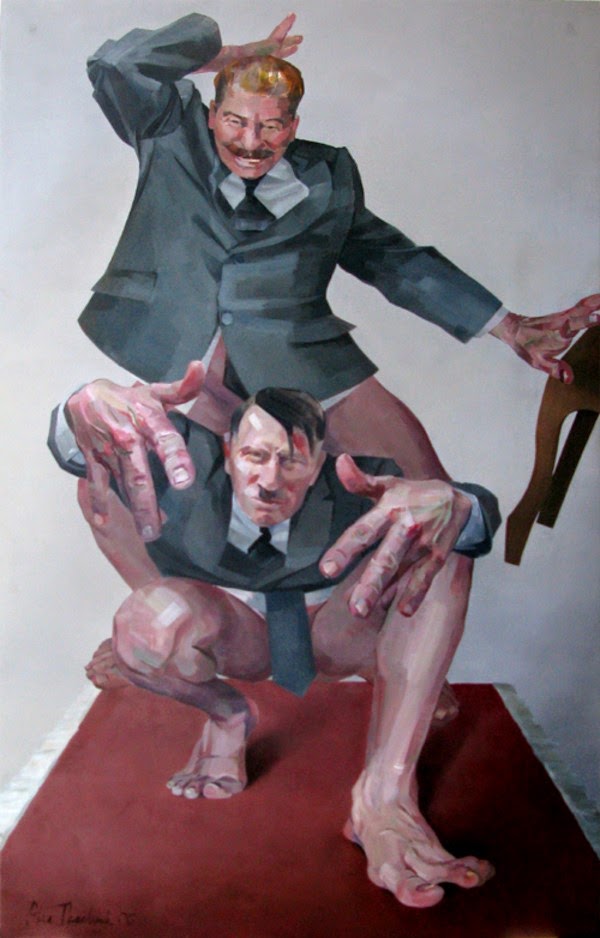 I am a refugee from the political blogosphere.

Here, take a whiff of my fingers. You can still smell it on me.


That’s how recent it’s been.


I find myself looking over my shoulder all of the time. In the grocery store. At the post office. Looking around to make sure they haven’t found me.


Refugees can get paranoid, you see.


For five years, I was a ghost writer for several high-ish profile political blogger-commentators. If your daughter had a piano recital the same night you needed to write 100 column inches blaming George W. Bush for glitter glue, I was the one you called. If you were at a loss for how Obama’s stance on abortion could have caused that Icelandic volcano to erupt, then no worries, my friend: You just call Katy, wait a couple hours, and Whap! – a bitterly partisan blog you could slap your name on and hand over to any newspaper or web site in the world.

The kind of fifth-rate paranoia and gossip people used to say about their more successful neighbors or ex-boyfriends? They just say that about all Republicans now.

I mean, did you SEE how fat Sarah Palin’s thighs looked last week?

Watch any of the news channels during the day on any day of the week. Addressing “both sides” of stories that simply do not have two sides is the order of the day.

And there’s Pat Buchanan, who I’m pretty sure sleeps on a cot in the back room of MSNBC. Whenever a guest cancels, they wake him up and wheel him out for his “unique perspective” on current events. And he’ll sit there and play along, but you just know inside he’s raging, thinking, “You deserve to die, 30-something news anchor. Me and Dick Nixon had people burned at the stake for way less than talking to us about Britney Spears.”

I used to be part of that world. But not anymore. Now I’ve escaped. Now I’m here. Now, I’m relatively safe on these friendly shores of non-political blogging.

Now, I never again need to watch every news story with an eye to how this might confirm what the Democrats have been saying all along. Or the Republicans. Or the Libertarians, Catholics, atheists, Muslims, free traders, Floridians, Peruvians, gun enthusiasts, or anti-digital music crusaders.

Now, I can admit that I once wrote a blog that got more than 3 million page views that attacked Katie Couric as a scheming communist hack.

Do you know what writing that blog taught me?

I don’t want to have a strong opinion about Katie Couric.

I don’t need to have any opinion of Katie Couric at all.

Opinions are like assholes: If you go around exposing yours to everyone, you’re going to end up with gonorrhea up in there. (That might not be the way that saying goes…)

Sitting here now as a refugee from the worst-of-the-worst sector of the internet, I feel as though I need to shout to the world:

More often than not, a news story is just a news story, and there aren’t two sides to it that require fairness and/or balancing at all.

That’s how I see it, anyway.

And now, for another perspective on what I just said, here’s Republican strategist Pat Buchanan…
Posted by Unknown