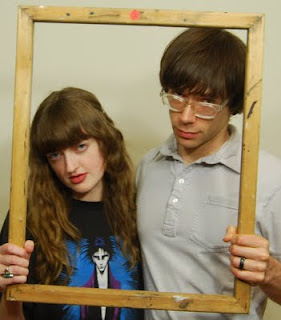 It is nearly unimaginable, really. I just can’t seem to wrap my head around it, and it gnaws away at me in the night, running counter to everything I thought I trusted, believed. Everything I thought I knew. It defies conventional wisdom and it laughs condescendingly at your momma, at apple pie, at baseball, and at puppies.

It laughs at goddamn puppies!

But still, I am a firm believer in laying the truth out on the table, so as much as it pains me to say these words, prepare yourself. Here it is:

I mean, Jesus, Mary, and Noah know that I’ve been trying my hardest.

I’m sitting in the Harris County D.A.’s office with my wife, Dana, her husband, Anthony (who is also my brother), and his husband, Aesop (who is also my husband), and we are trying to turn ourselves in for Double Bigamy (All the Way). We’re prepared to reap what we’ve sown. Eat our peas. Face Lady Justice.

A young black assistant D.A. sits across from us, looking for all the world like he only wants to go home. He is holding a printout of the Texas bigamy statute, which we have helpfully provided him:

The assistant D.A. wipes his glasses again. He says, “I’m sorry, folks.” He says, “I’ve talked to my boss, and we are not going to bring charges.”

He glances up at my t-shirt for the fifth time. My t-shirt says this: “Warren Jeffs is My Hero!” 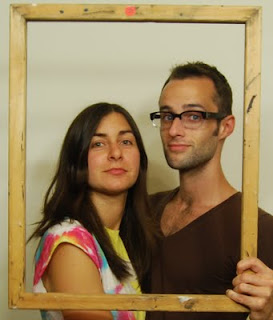 And the reason Warren Jeffs is my hero is because he managed to get the State of Texas to prosecute him for – among other things – violating the very criminal bigamy statute that I just quoted above. He’s on trial for it even as we speak. Warren Jeffs is my hero because – best I can tell – it’s not an easy proposition convincing Rick Perry’s Texas to uphold the solemn dignity of traditional Christian marriage.

The assistant D.A., he rolls his eyes and says, “Look. If I were y’all, and I was trying to get arrested to… make whatever point y’all are obviously trying to make? I’d head on up to your small rural counties. Taylor, Jefferson, Fort Bend. You’d stand a better chance of pissing someone off somewhere like that.”

So I am a bigamist who can’t get arrested in my home town, but I take my twisted, anti-biblical family and I head on up to Huntsville, where they run the famed Texas Death Machine. Back in the Nineties, they were frying a baddy every other day here. Huntsville doesn’t pussyfoot around! Huntsville doesn’t coddle criminals like some New England hippie commune! Surely in Huntsville of all places, a carful of bigamists doesn’t stand a chance.

We walk into the Walker County D.A.’s office with signed confessions. We’ve spent the morning putting “Wanted” posters up on telephone poles all over town, and Aesop is wearing a t-shirt on which he’s written this in pink permanent marker: “Sometimes I’m a Faggot.”

We talk to a seasoned county prosecutor who quickly convinces himself that we’re trying to get thrown in jail to get some of that sweet, sweet prison rape we’ve heard so much about. Then he informs us it’s his lunch hour and kicks us out of the building. 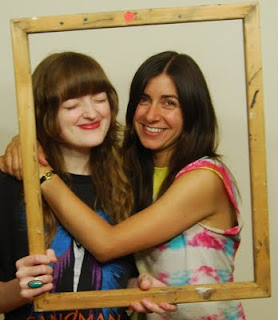 So I am a bigamist who can’t herself get arrested in East Texas: In the World Capital City of Lethal Injection.

And I have to tell you, we are getting a little desperate. I mean, what do you do when you cannot get the Great State of Texas to enforce its own marriage laws? Read your Genesis. It was Adam and Eve, by God, not Adam and Steve and Alice and Eve and whomever else happened to be standing around at the time.

But me, in my heart, I know. I know when God falls to the wayside and his holy Word is ignored and all looks to be for naught, there still exists one man who can be counted on to save the day. A man called by God at an early age. A man who prays for rain and tells his flock of constituents to do the same. A man who NEXT WEEK is inviting all people of (Christian) faith to join him at Houston’s Reliant Stadium for a Day of Fasting and Prayer.

I know Rick Perry cannot abide Double Bigamy (All the Way) in his state on his watch. When I send him that large envelope full of signed confessions, marriage certificates, wedding photos, Leviticus excerpts, the Texas Penal Code, and complaints from my neighbors, I just KNOW that this abomination will not go unpunished!

But now it’s a month later and still I am left free to walk the streets and flaunt Texas, Jesus, and Good Taste.

It’s a month later and I am left wondering whatever happened to the traditional Christian Texas family values I knew as a child?

What the heck does a pervert need to do to get punished in Rick Perry’s Texas? 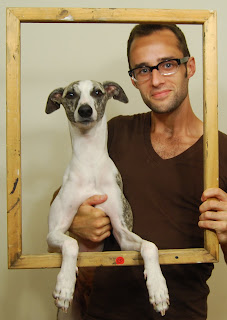