The Idiot’s Guide to Lesbians in My Soup 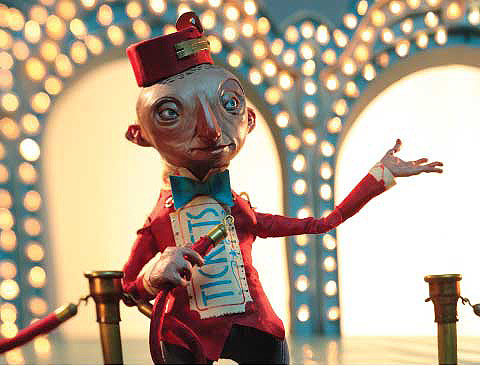 I mean, the management, staff, and the board of directors of this here “Lesbians in My Soup” thing do.  And by that, I mean we’re the ones doing the thanking. Of you, the thanked. And buddy, just how thankin’ great does that make you feel, huh?

But now it’s over. Season One, I mean. Season One is caput, finito, finished. It’s dead and it’s done and it won’t be coming home again anytime soon. Don’t bother leaving a light on.

So while we’re waiting… Something has come to our attention. Confusion. Yours, not ours. The confusion, I mean. Of you, the confused.

You’re asking, “What the hell is going on around here?” At “Lesbians in My Soup,” you mean.

So here. Right here. We’re giving you something. Right now. Call it a gift. From us. A Season One gift. For you, the thanked. And for you, the confused…

It’s the
IDIOT’S GUIDE
TO
LESBIANS IN MY SOUP!!!
(Season One)

Part One: The Cast of Characters:

So this is Katy, and Katy is sort of the star and the hero around here. Of you, the en-heroed, I mean. She’s your star and she’s your hero. And when she’s not here being her heroic self, she’s sitting on a stool beneath downtown Houston selling other people cigarettes. And Coca-Colas. And birthday cards. And also small bags of flavored designer potato chips called Doritos.

But when she does this, she does it, you know, heroically.

Katy is married to DANA. Legally, I mean. Oh yes, we know what you’re thinking (you, the thinker), but they went up north a while back and they got it done up all nice and legal-like: Wedding dresses. Garter belts. Something blue. An old ball and chain. The works.

So this is Dana, and Dana and Katy are married and Katy writes about Dana a lot.

Grok it all so far?

Dana and Katy have SOME KIDS. Two or maybe three or maybe about fifty-seven of them.

Don’t ask us how. We’re not biologists. We don’t know how this stuff works. They just do. Have kids, I mean.

Aesop and Anthony have been married for years. To each other. Legally, I mean. They went up north and got it done up all nice and legal-like.

Oh, and before we forget: Anthony is Katy’s twin brother.

We’re pretty sure this makes somebody here somebody else’s twin brother-in-law. Maybe the only example of such a thing in the whole wide world, in fact… Or maybe not. We don’t know how this stuff works. We’re not genealogists! 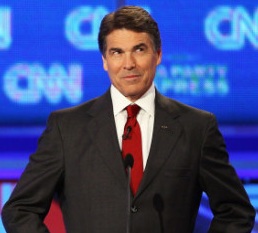 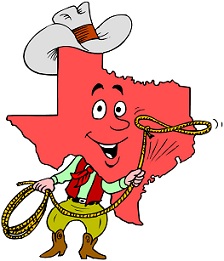 This is TEXAS. We are told thou shalt not mess with it (that’s somewhere in Deuteronomy!).

The thing you should know about Rick Perry is this: Rick Perry loves bigamy. Yessir, Rick Perry would not dream of arresting Katy and Dana and Aesop and Anthony for their bigamy like any other governor might. No-sir-ree-bob!

You see, Rick Perry supports the sacred right of four people to intermarry in a sort of matrimonial pretzel, the way the good Lord intended (that’s somewhere in Ecclesiastes!).

If you were to ask him about it, Rick Perry would probably not admit it. Admit he supports the sacred right of four people to intermarry in a sort of matrimonial pretzel, I mean.

But that is only because Rick Perry is very modest. And very humble. And because sometimes, Rick Perry has difficulty explaining how he feels:

This is ULYSSES MALLOY. As you undoubtedly already know, Ulysses Malloy is the one and only. The notorious. The incomparable. The world famous-est bigamist, anarchist, cattle rustler, heresiarch, and all-around teller of tall fish tales.

But whenever he comes, he comes in disguise and nobody knows his true identity. Nobody. 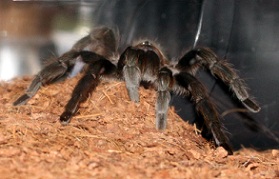 This is SAINT ATHANASIUS. Not the old Egyptian Father of the Church (CE 265-373), but a tiny living tarantulic replica.

Saint Athanasius hates the Arians and accompanies Katy everywhere she goes… which explains why Katy so rarely has trouble with marauding Arians, methinks. 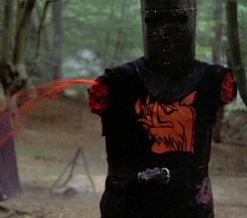 This is THE BLACK KNIGHT.

And that’s about it. We hope that clears it up. The confusion, I mean. Yours.

We hope you will join us for Season Two of “Lesbians in My Soup” when it comes. And it is coming. In fact, it’s coming soon.

And when it comes, you will experience… 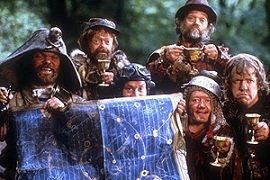 …and three times the dwarves!!!

SEASON TWO
of
LESBIANS IN MY SOUP
Coming Soon!!!**