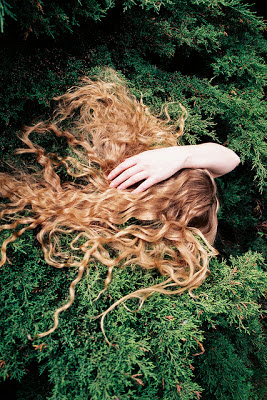 Today, I am going to tell you the story of the time I turned into a human being.

You see, after I turned into a human being, my day got kind of weird.

Then Harry drove me back to the office in the van. Along the way, I kept seeing plants – way more plants than I had ever noticed before. There were trees along the road, flowers on islands at intersections, bushes in front of stores. Plants are everywhere!

I saw a crepe myrtle on Tomball Parkway and I thought, “I wonder if that is my friend Rufus?”

I saw a young mesquite tree off of I-10 East and I thought, “I wonder if that tree is a nice tree, or if it’s like that one at the park who threatened to kill me?”  Maybe all plants would try and kill me, given half a chance. Maybe I just have one of those faces, you know?

Harry could tell something was going on with me, I think. Oh, he didn’t say anything at first, but he would look at me carefully, suspiciously, like out of the corner of his eye, every time we drove too close to a hedge or we passed a menacing maple. Every time I whimpered and every time I squealed.

Finally, after one of my particularly poignant shrieks, he asked me, “Everything going alright with you, Kates?” 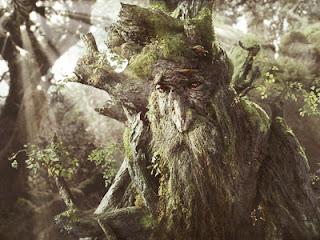 I peered over at him. Looked him up. Looked him down. His beard had a definite vegetallic quality which I’d ever noticed before. I thought, “I might have to kill this guy before he kills me.”  I reviewed potential body-hiding places.

I said, “Please just get me back downtown – back where everything is concrete and steel and a human being like me can feel safe and sound!”

Soon enough, we got back downtown. Back in the middle of all of the concrete and the steel and the glass. Back where I felt safe and where the only thing threatening to kill me was the occasional strung-out and very human junkie.

To review: I was a human being again and I was downtown and sure, my friends were still missing, but it’s so important in life to try and see the glass as being half-full.

As he punched the code into the number pad at the office door, he mumbled, “I’m so sorry, Katy.”

Then he shook his head sadly.

The laughter started before the door was even opened all the way.

Inside, there was Eggplant. There was Rufus. And there was Star and Ethel Bunny and the Glob. They were drunk and they were dancing under a sign, and the sign read, “WELCOME BACK TO THE WORLD OF FLESH AND BLOOD!!!”

I thought the three exclamation points might have been overkill.

They laughed for a long time. They were quite proud of themselves.

Rufus said, “There’s no such thing as a vine that turns you into a plant, Katy. We were just fucking with you.”

I did not know what to say. I tried a few times and I failed.

Nothing made any sense.

Ethel Bunny said, “We bought this vine off this guy in a food truck, but it doesn’t do what he said it did. That’s the last time I buy drugs off a food truck.”

But it does work, I thought.

Then I stood there with my mouth hanging open some more. My friends laughed and danced. They were playing some song by Creedence Clearwater Revival that I am certain was plant-related and therefore appropriate to the circumstances at hand.

And that’s pretty much how things ended, the day I turned into a human being.

At Meyer Park, the geese and the raccoons were nervous. The ducks and the possums were on edge. Things at the park were not right. Things were wrong. 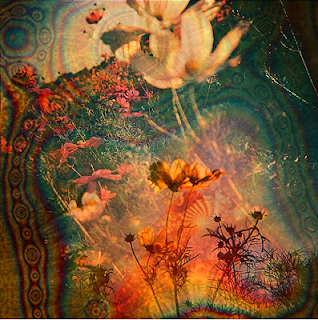 The woods were full of leafy laughter. The trees and bushes, even the grasses erupted into laughter.

A vine chuckled its viny chuckle and then turned to a big old grumpy tree. It said, “Tell us that story again! The part where you convince Katy to suck my root and swallow the sap!”

This was followed by a lot more laughter.

The big old grumpy tree tried to look dignified and to hold a poker face, but the story of Katy was too much, too much.

The big old grumpy tree said, “We got her good! There’s no such thing as a vine that turns you into a human being!”

And that’s pretty much how things ended, the day I turned into a human being.
Posted by Unknown