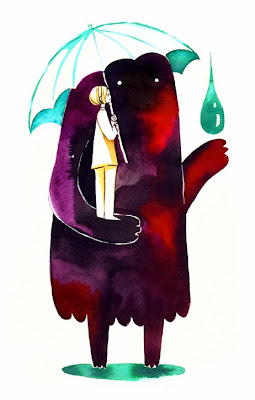 Now it was time to go to sleep.

This meant that today was the longest and very worst day I was likely to see anytime soon, and although it was time to go to sleep now, the day was not yet finished.

I clicked over to my blog one last time, checking for any new comments that people might have left there. There were none. This was not unexpected, as it was Thanksgiving week, and Thanksgiving week, in my experience, was the slowest week for blogs that there was.


After I was certain that my teeth were quite clean and the black things defeated for yet another day, I changed into my nightgown. It was my full-length baby blue nightgown, the one with pictures of pivotal scenes from Lars von Trier movies all over it.

Then it was time to say my prayers. I knelt down next to my bed, I folded my hands exactly as I had been taught, and I prayed for Tarab to come to me and tell me what to do.

Tarab was the dark and shadowy figure that came to my bedside and crushed the air out of my lungs at night sometimes. I had read in books that Tarab might also be something called a “panic-induced hallucination.”  At first, that sounded crazy and scary to me, and it might sound crazy and scary to you, too, but it was real and it was not all that uncommon, really.

It was just something that happened to people with sleep paralysis. People like me. 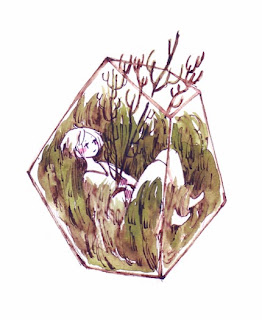 It seemed as though he wished to give me some piece of important information, or maybe some advice. Although some people might think twice before accepting information or advice from a nocturnal, possibly demonic, panic-induced hallucination invading their bedroom, my life had been taking some strange twists and turns lately, and I figured it was important to take information and advice wherever I could get it. (This is probably as good a place as any for me to mention that Tarab was not  the one who told me about the black things with the many legs that lived in my back teeth.)

I had brushed my teeth, put on my nightgown, and said my prayers, and now it was time to get out the signs.

The signs in question were sheets of colored construction paper and had taken me hours and hours to complete. They were beautiful signs, all adorned with glitter glue and with gold stars and also with special messages for Tarab to read when he came to my bedside in the night.

I stuck the first sign to the wall behind my headboard with a red plastic thumbtack. On the first sign, I had written this: “Welcome to Katy’s room!”

I stuck the second sign right next to the first sign, but this time, to vary things up, I used a black plastic thumbtack. On the second sign, I had written this: “I am paralyzed. I cannot move or talk or write.”

The message on the second sign, although obviously not true at the moment when I had written it, would be true later, when Tarab finally read it. Tarab was going to read my sign! 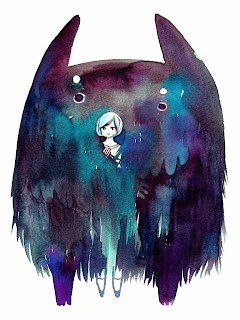 When I was certain that the first and the second signs were perfect for Tarab to read – all straight and bright and legible from a distance – I stuck the third sign to the wall just to the right of the others. This time, I used a green plastic thumbtack.

On the third sign, I had written this: “Tell me what to do and I will do it!”

With the signs tacked up on my wall, you might believe that my work for the evening was finished at last, but it was not. I had several things left to do.

First, I giggled and danced around the room in my baby blue nightgown, the one with pictures of pivotal scenes from Lars von Trier movies all over it. You should have seen me dancing! I was so excited about Tarab coming to visit me that I felt like a child waiting for Santa Claus on Christmas Eve.

Next, I switched on my stereo. I had set two speakers up near my bed, one on either side of where my head would be in only a few moments. Through the speakers, I played a sine wave at a frequency of 18 Hz. According to my research, this frequency sometimes caused people to hallucinate, and tonight, I wanted all of the hallucinations I could get.

Then, I looked around the room one last time, I sat down on the bed, and I placed a black hood firmly over my head.

Even though I had had such a busy day, I was so excited about Tarab coming to visit me that I thought I might never get to sleep!

I must have fallen asleep eventually, though, because the next thing I knew, I was wide awake again, and I could hardly breathe and I could not move at all.

That is when I knew Tarab was right there with me in my room, standing on top of my chest.

Why, if I had not been paralyzed at the time, I would have squealed out loud in delight!

“What sorts of amazing and life-changing things would Tarab have to say to me this time?”  I wondered. 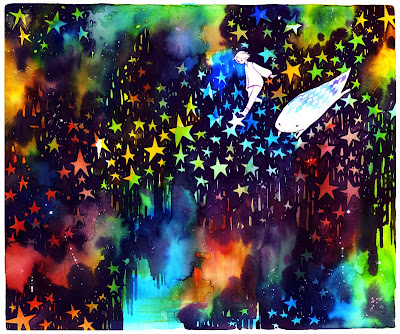