The Thing in the Tree 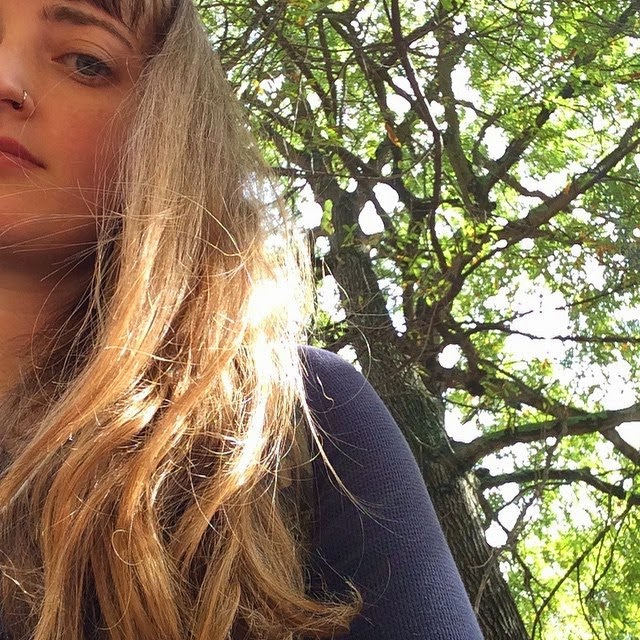 I confess my sins to the thing in the tree.

I do not even know what it is, this thing. This thing up there. It’s probably some kid from the school, I’d imagine. Frat pledge. Giant owl outfit.

I mean, that poor kid. He probably believed, going into all this, believed he just had to sit up there in his costume for a few nights. That he’d stare down at the track and think about calculus or Fall Break or girls. That everybody would leave him the hell alone and that soon enough, it would all be over.

Little did he know. Now he’s got some dykey, middle-aged mother of three-and-a-half pouring her heart out to him every other night.


How did I even ever see him up there? The Rice track is pitch black at the hour when I run. You can’t see your very own fingers waving in front of your very own face. It’s a time of night when only crazies are out – when it’s people like me and like the guy who always runs the track backwards and the one who jogs in a winter coat with a backpack and goggles on.

It was not even a person, or that was the impression I got. It was too… too… wide for a person. Or it was too something. I got a definite impression.

Two nights later, I got an impression again. It was pretty much the same impression as before, give or take. I was running again and I got to the tree again and I sort of sent out mental feelers. This is a thing I do but I do not know if I can explain it. My mental feelers went out and they picked up a presence in the tree. Something was up there. Again.

This time I stopped.

It was in one of the huge live oak trees that line both sides of the Rice University track. I walked right up to the tree. I leaned against the tree – really put all of my weight against it. Something above me rustled and sh-sh-sh’d. 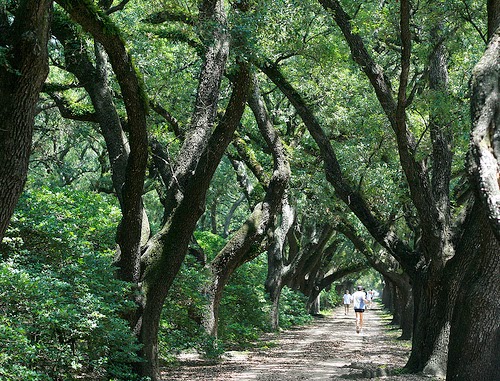 For the life of me, I do not know why I did it. I do not even know the first thing I said, but I started talking. Out loud. Sort of to the thing in the tree but sort of just… out loud.

I told the thing in the tree about all of the times I’d hurt people over the years. About the thing with the fire. About how I’d once destroyed my mom’s most prized possession in the whole world just to be mean. I told it about my embarrassments, which always get mixed up with my guilts inside my head. I even told the thing in the tree about stuff I’d done when I was living on the street.

I was there leaning against that tree for quite a while.

When I finished, there were tears on my face. This was weird, because I never cry. Never ever. But there were tears and as I walked away, the tree shook again, kind of in acknowledgement of what I’d said, I guess.

But you know what? I felt better after that. Better than I had felt in a long time, actually. As though the proverbial weight had been lifted right off of me.

That night while I slept, I dreamed, but I did not dream about how bad I was or about how many mistakes I’d made. My dreams were all about the thing in the tree. Even in the dreams, I still could not see what the thing looked like.

Two nights after that, I went back out to the Rice track and I ran again. As I came around the corner near that tree, my head was full of all these things I was going to say. I had it all planned out. Because there were more things I needed to confess, you know?

But when I came around the corner, everything got all messed up. There, leaning up against my tree – my tree! – was Winter Coat/Backpack/Goggles guy. And he was crying, just sitting there blubbering, really, something about his daddy and about how he was sorry.

A grown man, acting like that! It was disgusting.

I pretended not to see. I ran right past him. Then, a few trees down, I stopped to think about what to do next. When I stopped, I got an impression from the tree next to me. I can’t describe it, but I just knew there was something up in that tree.

But this wasn’t my tree!

And when I looked up, up into the blackness of those branches, I knew it wasn’t my thing, either. Something was up there all right, but it was a different thing.

The thing in the tree rustled and sh-sh-sh’d, encouraging me to confess to it.

“Sorry,” I said. “I already have an understanding and sort of a working relationship with the thing in that tree, over there.”

I said, “You can understand, right? It’s nothing personal.”

I started running again. I figured I could give my tree another shot in a couple nights.

I mean, the stuff I had to say was really personal, private stuff – not at all the sort of stuff you’d want to go around confessing to just any old thing in just any old tree.