I Am the Daddy

ADRI paces back and forth past the booth. SCOTT THE LAWYER bangs his head against the table.

KATY:     The only way I can get custody of this kid – Dana’s unborn child – is for her to give birth back in Oklahoma.

ADRI:     (turning and pointing at KATY, angrily) That word! That one. Right there!

KATY:     What? Oklahoma is a gay marriage state.

SCOTT THE LAWYER:     Yes, it has been for almost a week now. But in this case, you need to understand that doesn’t mean Oklahoma courts are going to be more gay-friendly than Houston’s Harris County family law courts…

KATY:     I don’t care if anybody is gay-friendly… wh-whatever the hell that even means. I just care that they recognize my marriage to Dana. 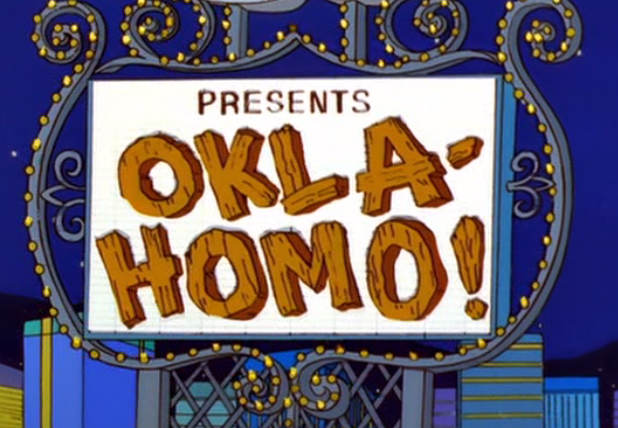 SCOTT THE LAWYER:     Yeah, all that does is create a rebuttable presumption of paternity. In normal cases, it means the courts assume that the husband is the biological father of all kids born during the time the couple has been married.

SCOTT THE LAWYER:     In normal contested cases, they would still send you for a paternity test.

ADRI resumes pacing back and forth. SCOTT THE LAWYER resumes banging his head against the table.

ADRI:     Alright now, KATY. I just have to ask. Do you know what a paternity test is?

KATY:     Yes, I do, ADRI, and thank you for asking. Do you know what a paternity test is?

SCOTT THE LAWYER:     It would be a mouth swab. You and Dana and the child would all do it. They would look for certain genetic markers, and that would either exclude you as the father or identify you as being more genetically similar to the child than a certain percentage of the general population-

SCOTT THE LAWYER:     (looking back and forth between KATY and ADRI) What?

SCOTT THE LAWYER:  (confused) How similar?

ADRI:     KATY and the kid’s likely Bio-Dad are twins.

SCOTT THE LAWYER:   (staring ahead, blankly)   They’re still gonna do a DNA on your brother, though…

KATY:     There is no but. In Oklahoma, Dana and I are married and she’s a bigamist. Her marriage to my brother is invalid – or it’s void or it’s voidable or something.

SCOTT THE LAWYER:   Yeah, but-

SCOTT THE LAWYER:     Because you are going to beat me if I do.

SCOTT THE LAWYER:     Because Oklahoma. I am about to tell you that the only way KATY is going to get custody of this child is for Dana to give birth in the State of Oklahoma. We need to trick Dana’s family into bringing her back there.