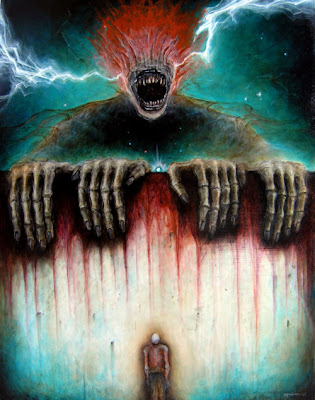 Crank was the first lesbian I ever knew.

That is not why she is my hero, of course. I did not realize Crank was a lesbian during all the time that I knew her and anyway, sex is not a heroic act. But looking back now, if I had to name one hero of mine – a single individual who stands mulleted head and flannelled shoulders above everyone else as a role model to me – there’s no doubt at all that I would name her.

Crank, well, she could take down half a dozen good-sized men while wrestling over a chicken bone and she could make a pair of waterproof boots out of absolutely anything. She could forecast the next two weeks’ weather just by breathing in deeply through those awful, hairy nostrils of hers.

And those are important and those are useful skills for any person living on the street. But mostly, Crank is my hero because a long time ago, she was the one who taught me the Fine Art of Dumpster Diving.

I was twelve years old during the summer of ‘98 when my parents died and I deemed living in abandoned cars outside downtown Houston as preferable to whatever the grownups might have in mind for me.

It turned out I was correct.

How did I know? 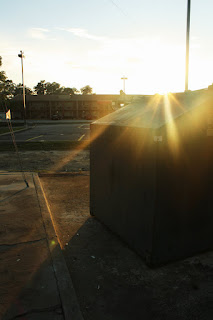 With my survival options so severely limited, I took the sole culinary path left open to me: I raided the trash bins out back of local restaurants just after they’d closed for the evening.

Why, on the very first night, I found a Vietnamese restaurant that closed right around 3 a.m. Jackpot! I’ll bet that place threw away more rice in a single night than most people ever see in a lifetime! Endless mountains and mountains and mountains of rice, and much of it still warm. By the time I wandered back to my abandoned car – clutching a bottle of Thunderbird and with a cigarette butt dangling from my lips – I was just about as stuffed as I’d been in all my nearly-fourteen years upon this here earth.

Obviously, I went back the next night. And the next. I spent my summer nights gorging myself on discarded rice and my summer days reading books in the air-conditioned public library. I read Mark Twain that summer. I soaked in Poe and internalized Lovecraft that summer. My head napped upon the words of Henry James that summer.

I initiated a continuous internal dialogue with a voice that sounded a lot like Kurt Vonnegut that summer.

So Vonnegut was the voice inside of my head. But one night, during the trek back from my Vietnamese restaurant, I heard the strangest of voices outside of my head.

I heard the outside voice say this: “Pssst! Lil bug!”

I kept walking. I did not look up. There were three good reasons I kept walking and did not look up: First, I was only about 90% certain the voice I heard was outside of my head at all. Second, it sounded like a male voice Pssst-ing to me, and that was not good at this time of night. And third, I was very drunk on Thunderbird and feared that swinging my head around might throw off my fragile equilibrium.

But the voice said this: “Lil Bug! Do not go down that way! Suburban kids are rolling sacred cattle down there tonight!”

I stopped walking. I looked up.

“What?” I said. I said it to the bag lady with the parrot on her shoulder.

I said it to Crank.

“Are you homeless, too?”I asked Crank while we were hiding in the alley, waiting for dawn to get there. 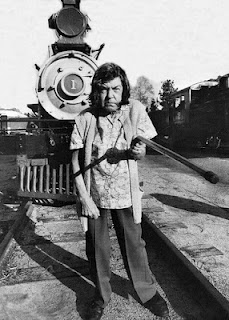 Crank spit. It seemed to me that the spit crawled away. “Never, Lil Bug! I am NOT homeless. Do not say that.”

Crank motioned to the big buildings around us. “My home is this city. My home is everywhere.”

Then she leaned down in my face and I could finally see her more clearly. She sort of looked like that woman from that movie, “Throw Momma from the Train,” except with a mullet and way fewer teeth.

“I am houseless,” she corrected me. “And houseless does not matter.”

Crank stroked the parrot on her shoulder. She said, “Life is too short to be spent inside of houses.”