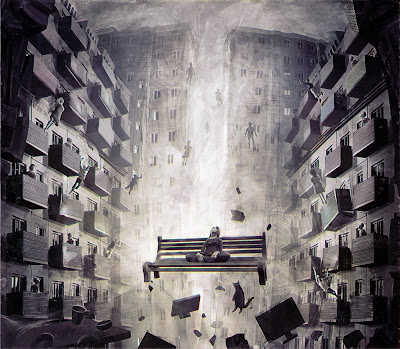 Right off the bat, there are a couple things that you ought to know about my friend, Bi-Po.

One morning, we’ll find him comatose on a downtown bench, looking like he hasn’t eaten or bathed in forever. Then, only a few weeks later, he’ll come running up to us full-speed and unannounced, lecturing us – complete with charts and with graphs – about how the mayor is spying on him by means of the city’s sewer rats.

The second thing you should know about my friend, Bi-Po, is that when he tells you the thing about the sewer rats spying on him, after about a half hour, you almost start to believe it. This guy can find connections anywhere. He could have been the World Champion of the Kevin Bacon Game if only his life had turned out a little different and there was such a thing.


The third thing you should know about my friend, Bi-Po, is that he hates houses and neighborhoods and domesticated people. If he’s at the right mood-pole when you meet him, he will give you his speech about belonging to some feral urban tribe that doesn’t need IDs or air-conditioning or money. 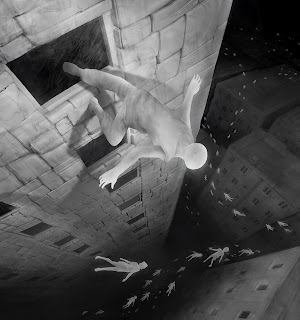 Taken together, these three things add up to something. Last week, they added up to this: When Bi-Po and Captain Torus left downtown Houston and came a-knocking at the door of my apartment, it meant Bi-Po had to be manic and touting some new theory he thought was really, really important.

Bi-Po is a little guy and right about my age. He might best be described as rat-like in appearance. Despite his diminutive size, he wears reading glasses that are somehow too small even for him. I can’t imagine where he could have ever found reading glasses so tiny. I mean, does CVS carry generic reading glasses intended for toddlers?

When I opened my door for Bi-Po, he was already mid-sentence, talking to me. He was carrying a lot of papers, too, and he pushed right on past me and he pushed right on past Doctor Belloq, who I have it on good authority is my girlfriend now. Bi-Po and Captain Torus smelled like they had died several weeks back. They might always smell that way, actually, but I am not usually in small, closed-in spaces like my apartment with them and my girlfriend.

I did not know what that meant. I introduced everyone anyway.

First, I introduced Bi-Po and Doctor Belloq. Bi-Po looked Doctor Belloq up and down. He squinted. “You have very large teeth,”  he announced. 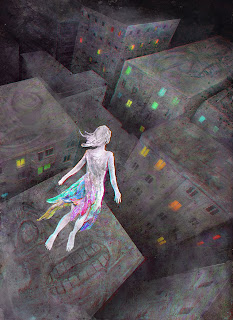 Next, I tried to introduce Captain Torus and Doctor Belloq, but Bi-Po launched into his theory before I could finish.

His theory went like this***: Several decades back, a major oil company announced plans to build a new space for its employees beneath its downtown Houston headquarters. This space would have restaurants and entertainment rooms and a gym and sleeping areas and showers. Now, this was really forward-thinking stuff, and they made a lot of progress on it, only the Great Oil Bust of ’82 came along at just the wrong time.

As best as Bi-Po can tell, the unfinished subterranean space is just sitting there, all sealed up, three decades later.

“Shangri-La. Waiting for us. Just waiting for the houseless to find it and to move in.”

I looked at his papers. Then I said some things.

I said, “It’s beneath what is now a defense contractor company.”

I said, “We’d probably have to go straight down in complete darkness through an air vent or something to reach it.”

It got quiet. Everybody looked at me.

Then Doctor Belloq said, “I’ll do it!”

Everybody looked at Doctor Belloq.

She said, “What? I’m an archeologist. I’ve been caving on six continents and mountain climbing on three. I’ve got my own hardhats with headlamps. Ropes. Hitches. Slings. Carabiners. Flexi-ladders. The works.”

She said,“I’m ready to go get them right now and get this started. This is going to be cool.”

Doctor Belloq got ready and headed out the door with these two strange homeless strangers.

She looked back at me. “Are you coming with us?”  she said, and she waved her arms around. “Shangri-La, Katy! Shangri-La!”

The fourth thing you should know about my friend, Bi-Po, is that his theories are wrong a lot. And by “a lot,”  I mean more often than not. 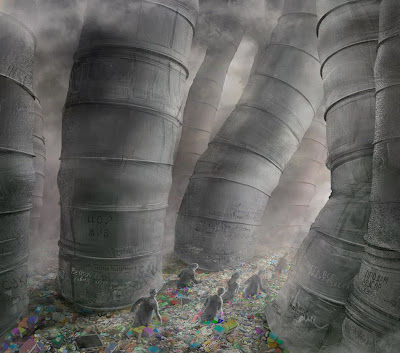 ***I am changing enough of the specifics of this story that you couldn’t find this space even if you wanted to. Not even if you had a whole army of super-spy sewer rats, Madam Mayor!
Posted by Unknown