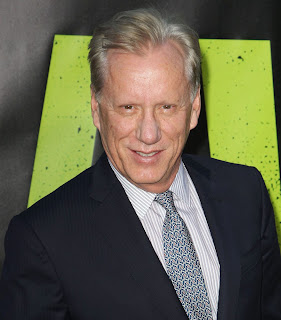 I am a fan. Videodrome is one of my all-time favorite films. I also think you were just great in Contact and in that other movie. You know, the one where you played the jewel thief?

That was great stuff. Whenever you roll your eyes and act annoyed, man, no one can hold a candle to you.  The screen belongs to you. It is my belief that at the end of the day, you will go down as one of the greats, like Roy Scheider or like Peter Weller, one of whom actually might have been the actor who starred in the jewel thief flick I mentioned, now that I think about it.

Now, I know you are a big-time celebrity. I know you must get a ton of fan mail. I know that a lot of these fans probably believe that, because they relate with the characters you play, they somehow understand you.

I do not want to be one those fans, Mister Woods.


I do not want to be presumptuous about how you think or about what matters to you.

Still, I do hope it will not be overly presumptuous of me if I presume that you noticed a certain news story about something that happened just last week.

Three kids in Oklahoma were arrested for murdering a high school athlete from Australia. Did you see that story? It was horrible and it was all over the news, but then, you might be shooting a movie on location somewhere that does not get a lot of news.

Mister Woods, I thought of you when I saw the story about the three kids they arrested. There was Michael Jones, who is 17. There was Chauncey Luna, who is only 16. They also arrested a 15-year old kid named James Edwards.

When I saw the thing about James Edwards, I said this to myself: “Oh no. This is a problem that my hero, Mister James Woods, is not going to be able to ignore anymore!”

I really said that, Mister Woods! Out loud, too, even though there was no one around to hear it. You will have to take my word for it.

I know that story could not have been easy for you to see. I know it had to be made so much worse by the fact that it has not even been two full weeks since James “Whitey” Bulger’s convictions for racketeering and for conspiracy to commit murder.

On August 11, James Mouton was arrested in Scot, Louisiana after he (allegedly!) rode a horse into a bar, lassoed a man, and then tied him up out in the parking lot.

I could go on and on and on, listing more bad acts by bad people all day and all night and probably on into tomorrow, too. A recent online search I did of Harris County revealed that there are HUNDREDS of men named James who are registered sex offenders in my city alone.***

I hate to have to be the one to throw all of this bad news at you all at once, Mister Woods.

I know you had nothing to do with what James Edwards did to that Australian athlete. I know you do not support what James “Whitey” Bulger did to all of those people he hurt. I know you are not targeting my children to try and rape them.

But I also know that if it had been someone named Katy who did those awful things, I would want to disassociate myself from the crimes. More than anything, I would want to make sure that my fans and everyone else knew I condemned the entire James-related crime spree that is spreading across America.

I feel that I know you, Mister Woods, and I know that you would not want people to interpret your continued and confounding silence on this matter as approval. As support. As acquiescence, even!

Make sure the world knows not all Jameses are like those Jameses. Make them see that you are one of the good ones.

Maybe, by your positive example, you will even be able to inspire some other young James out there who might be considering a life of rape or domestic violence or… riding into a bar and lassoing a man.

It has been a very long time since a James has contributed anything positive to society… other than your work as Security Guard #2 in that 2009 episode of “iCarly,”  I mean.

As of this moment and this writing, it has now been five full days since James Edwards was charged with the murder of Christopher Lane. I pray that you make your position clear before we reach Day Six.

Thank you for your attention to this matter and thank you for all of the years of fantastic movies and television you have given us all.

I hate to cut this letter so short, but I still have to write to James Earl Jones and that Van Der Beek guy.

***Below is just a sampling of the many registered sex offenders named James in Harris County, Texas, according to http://www.city-data.com/so/so-Houston-Texas.html. There were hundreds more. Mister Woods, please remember that I am trying hard not to connect you with any of these horrible crimes.