It wasn’t until late Friday evening that we became aware of the outbreak, and by then it was too late. The window for containment – the containment of whatever it was that we were dealing with – was closed, but still we went through the motions of containing it. 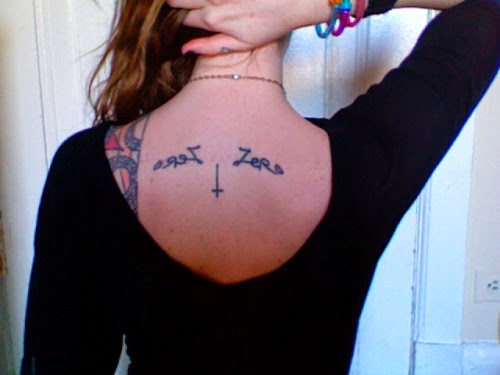 Zero Zero was the first to go. He was a gorgeous arboreal avicularia versicolor we’d had for four years and oh, he was my pride and joy, so much so I’d had his name tattooed across my back.

We found him Friday just after the evening news, with his legs curled up beneath him and largely unresponsive, looking like the new Goliath looked when she’d arrived.

Madame Guillotine was next, and then Soma Bath, and then Astrid and Poppy Day. And Lucifer Landed, well, she was still twitching as I laid her out on copy paper to poke and to prod for mites or fleas – for anything that might explain what was killing all the spiders.


I got the kids up out of bed. Sent them to the showers. I told them to keep an eye out for anything weird.

I checked the cats. I checked the dog. They all seemed fine. It was only the spiders and they were still dying. One by one by one.

Ka’Spel and Silverman looked fine when I left on my midnight run to WalMart for soil and peat moss and latex gloves. But by the time I got back, both of them had passed, as well.

I sat down with the children. It was getting really late but I told them, “Now, I need for you three to think hard about this.”

I said, “Did you ever put anything from the new Goliath’s cage in with the other spiders?”

I probably looked kind of scary when I said this, what with the gloves and the mask and the scrub brush and the bleach.

And then Belladonna died, and then Hellsville.

Saint Athanasius was the last to go. My first tarantula. A medium-sized Texas brown. I used to carry her around with me in an eyeglass case and I could hand feed her and I blogged about her here about a half dozen times.

I cried and I cried until I cried myself to sleep.

The morning light revealed a house just like a war zone. Dead bodies were everywhere.

I started counting legs and sure enough, all the dead were spiders.

I threw away my toothbrush which had been near a cage. I threw away my contacts case and my nail clippers and my tweezers. And I looked down into the bowl of Enemies List – my new baby Mexican orange-kneed – and I expected to see the poor thing in death curl.

But she ran. She scuttled right across the soil and down into a tiny burrow that she’d made.

I shouted, “Rachel! Rachel! How is Enemies List different from all the other spiders?”

Rachel looked around and thought about it and she finally said, “Well, she’s not dead.”

I said, “Yes, yes, I know, but what did we do differently with her before the others died?”

From the other room came Angela’s voice: “Enemies List is too small to eat crickets!”

It wasn’t until late Saturday morning that we became aware that our feed crickets were to blame, and by then, it was much too late for the spiders.
Posted by Unknown